Section 20.1
Illustrated below is the basic path to a locomotive folder and its content. This will be the start of an HFL Part that will look at a Locomotive ENGine file and describe the content, what it does and some simple methods for altering some of the content. 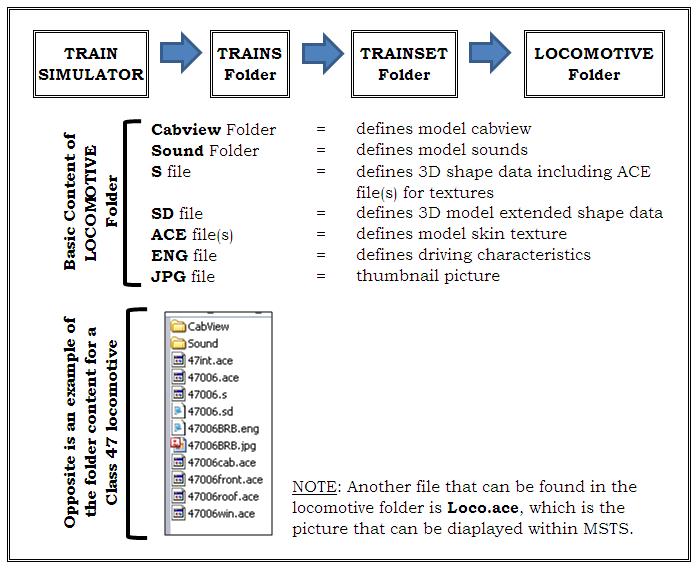 Please feel free to raise any questions, or point out any errors via the Help Section thread. I do not claim to be an expert and to some extent this is part of my own learning curve.
I acknowledge that AI(Eng) and DIT(Wag) files can also be present, but these have not been included at this time.

Section 20.2
Illustrated below are the basic details for the CabView and Sound folder content. 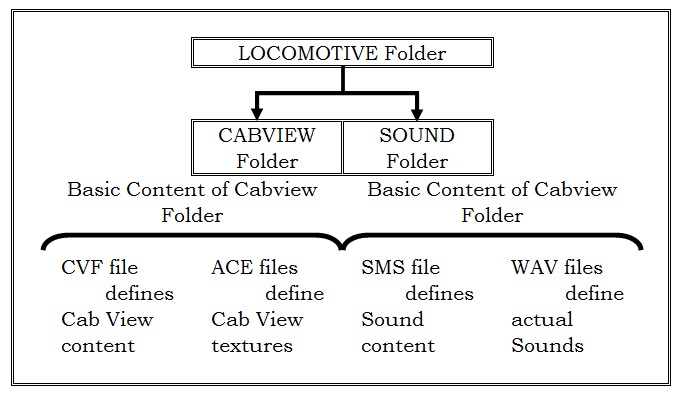 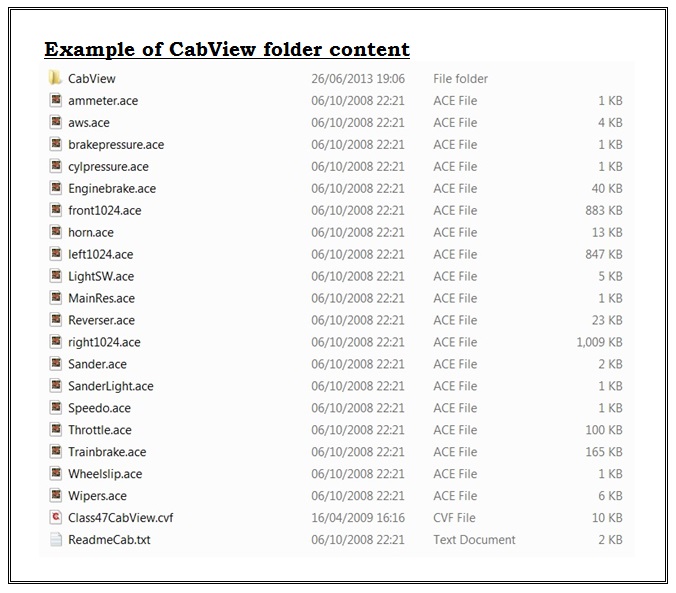 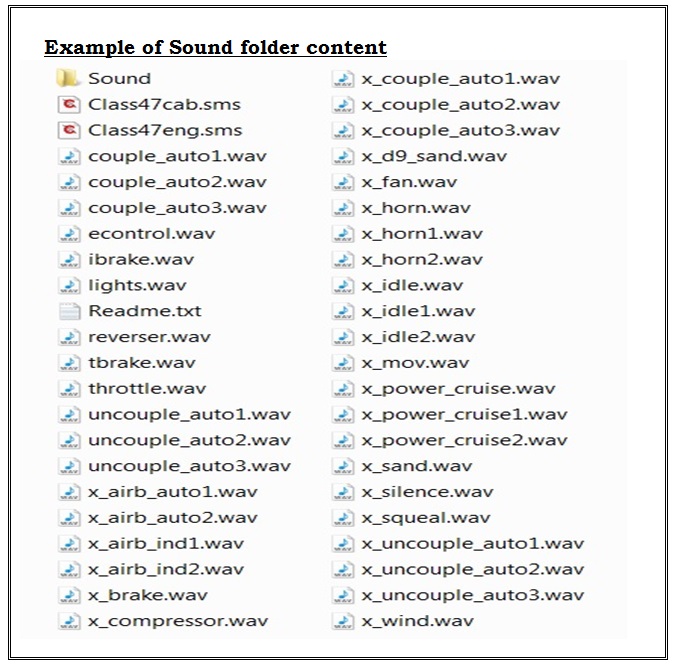 At this stage it is not necessary to be too concerned about how the folders, and files within the folders, are created. In general such content has either been developed by the locomotive creator or included with it, or the CabView and Sound folders can be found in the Common.Cab and Common.Sound folders located in the Trainset folder.
Suffice it to say by using the latter folders the locomotive folder content can be significantly reduced. In a later part I will attempt to describe how the Common folders are populated, and how the ENGine file is directed to the CabView and Sound folders.