This part has been prepared by Alec (Rufuskins) and Ged (Slipperman12) with an overview by Justin (j3801).

A typical “basic install” MSTS “top” folder is as shown below:- 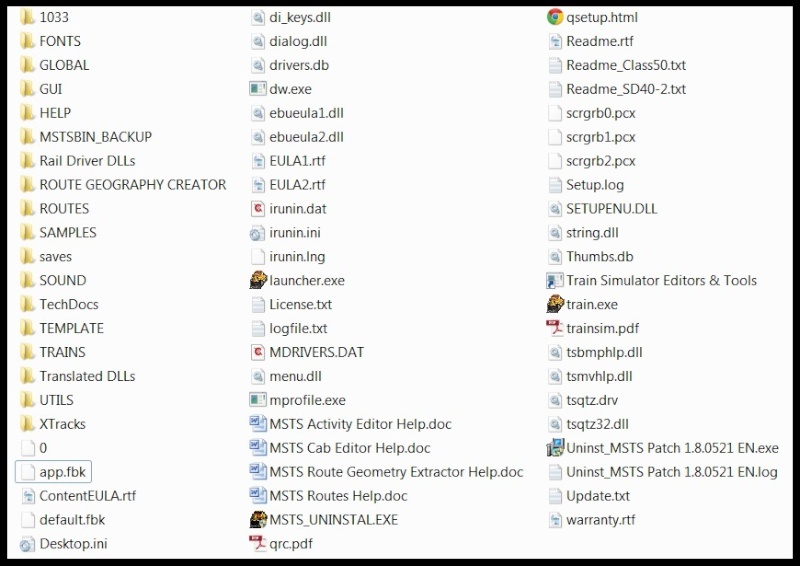 This part attempts to describe the content of the typical Train Simulator folder, and what it is meant to do.

1033 – this folder contains dwintl.dll, which is a file associated with MS Application Error Reporting

FONTS – this folder contains fonts used in the simulator and editors

GLOBAL – this folder contains  further folders that contain shapes and textures, which are available to all routes installed. The Shapes folder will be added to when NewRoads, Xtracks, etc. are installed. 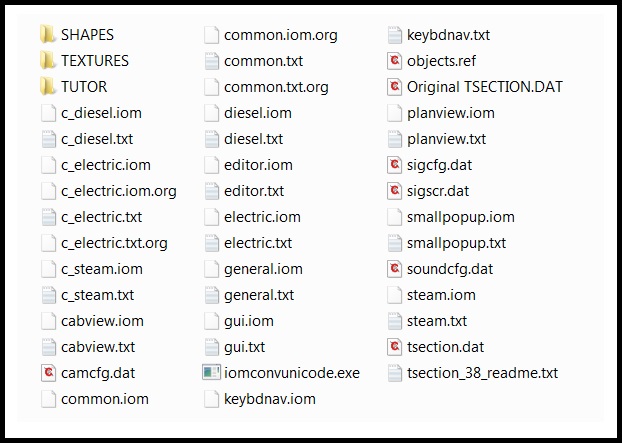 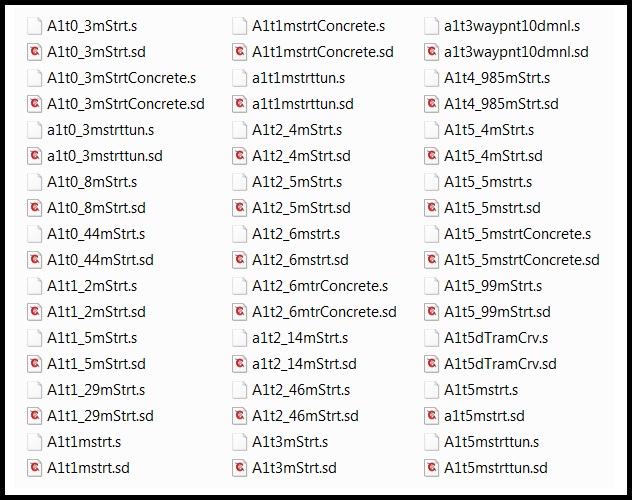 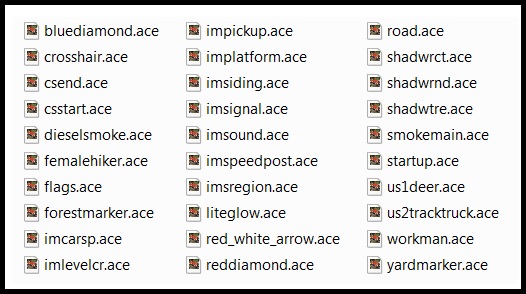 In addition it contains a number of [dat] files as follows:-

The existing EUROPE 1 sigcfg.dat & sigscr.dat files could be copied to the TEMPLATE folder along with the two relevant semaphore shape files, and thus UK semaphores would be in your template if were typically creating UK routes. For European and North American routes the appropriate b]sigcfg.dat[/b] & sigscr.dat files should be copied from the default EUROPE2 and USA2 routes respectively.

GUI – this folder contains the specification for the various displays used in the simulator; e.g. F4, F8, etc.

Rail Driver DLLs – this folder is created when MSTSBin is installed and contains a string.dll file, in several language versions, presumably for use with RailDriver.

ROUTES – this folder contains all of the Routes that are included in the original MSTS plus all other routes that have been subsequently installed as follows:-

saves - this folder will only be present when an activity has been saved.

SOUND – this folder contains various sound [wav] and [sms] files that are available to all routes and stock; the folder is added to when, for example, SWB wagons sounds are installed 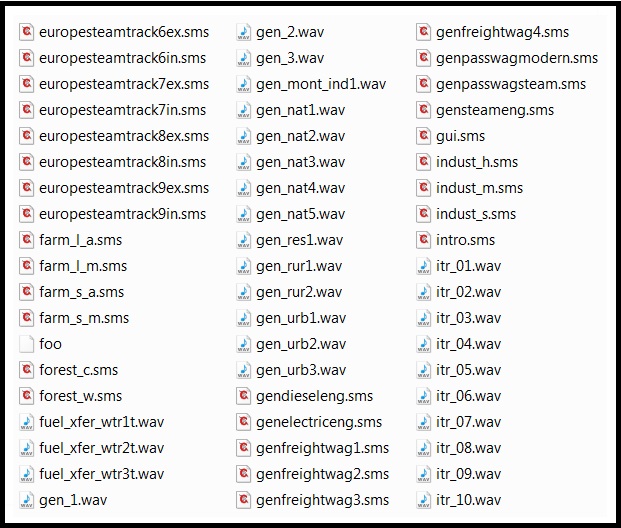 TEMPLATE - this is a template layout of a typical route folder

TRAINS – this folder is relatively straightforward and contains two sub folders as follows:-

The CONSISTS folder contains all of the consists that have been installed within MSTS, which comprise units located in the TRAINSET; e.g. some typical consists are as follows:-

The TRAINSET folder contains all of the various units including locomotives, wagons and carriages; e.g. some typical folders are as follows:- 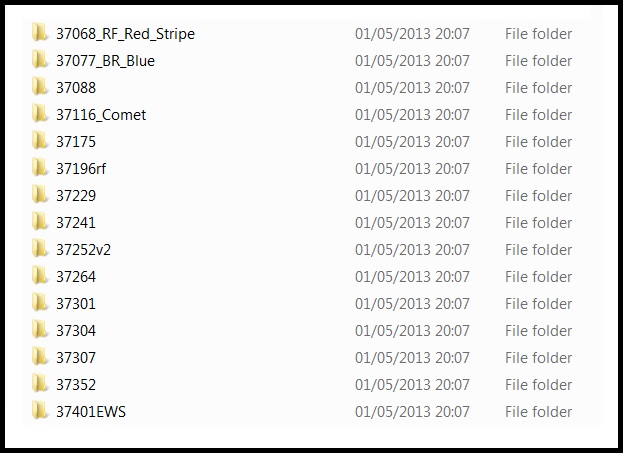 Translated DLLs - this folder is created when MSTSBin is installed. It contains string.dll and dialog.dll files for several languages; these files should be used to replace the default files of the same name in the root folder (default = Train Simulator) of MSTS.

UTILS – this folder contains various utilities, the most important being tsunpack.exe (for unpacking activity [apk] files) and ffeditc_unicode.exe (located within folder FFEDIT), used by Route Riter.

XTRACKS - this folder is only present when XTracks is installed. It contains data about XTracks, but no files affect the operation of MSTS.

Last edited by rufuskins on Tue 19 Nov 2013, 9:04 am; edited 2 times in total (Reason for editing : The section on the GLOBAL folder has been amended to suit the helpful comments and suggestions - thank you.)