I have put a description of my Honeybourne Line60 on http://forums.uktrainsim.com/viewtopic.php?f=240&t=131972 if you wish to view the Maps of the Route.

I shall start off here with a few pictures, please excuse the absence of Scenery at the moment.


This is the approach to GWR Gloucester Central Station from Chepstow and South Wales, as you can see it is a very long curved platform, in this picture one can see the Coaling and Watering Stage and the Goods Shed over on the left, over on the far right is LMS Gloucester Eastgate Station

This is Horton Road Level Crossing, it is also were the GWR and LMS lines cross, The curved line on the right is the GWR from London Paddington via Swindon, to the right of the bushes is the dedicated GWR line from Engine Shed Junction that takes it direct to the Central Station, the line on the far left is the GWR connection from Gloucester Central Station to the GWR/LMS Shared line to Cheltenham and Birmingham Snows Hill and LMS Birmingham New Street. btw! this shared line was controlled by GWR Signals as the GWR was the first to run between Cheltenham and Gloucester by about 1 year by Broad Gauge. 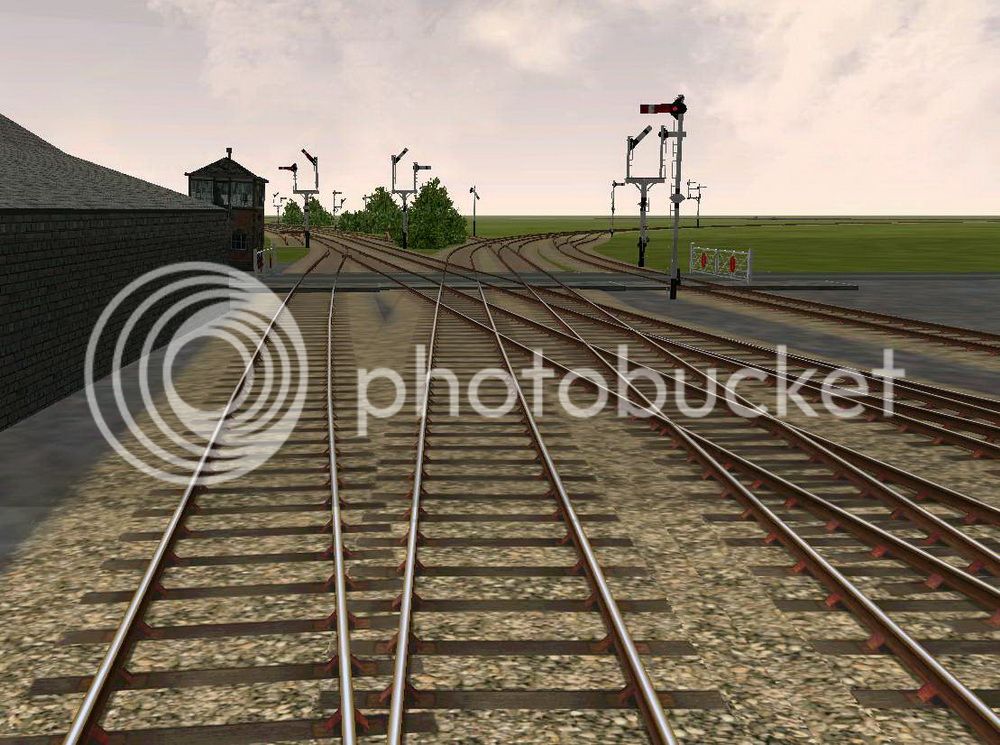 After leaving Gloucester and arriving at Cheltenham the Lansdown Junction is approached, the GWR to Cheltenham is straight on with the LMS for Birmingham curving off to the left via Cheltenham Lansdown Station after parting from the Shared Line, the line veering to the right is the Andoversford Junction line, this line was used by the Southern Region from Andover to Lansdown and Malvern Road Stations 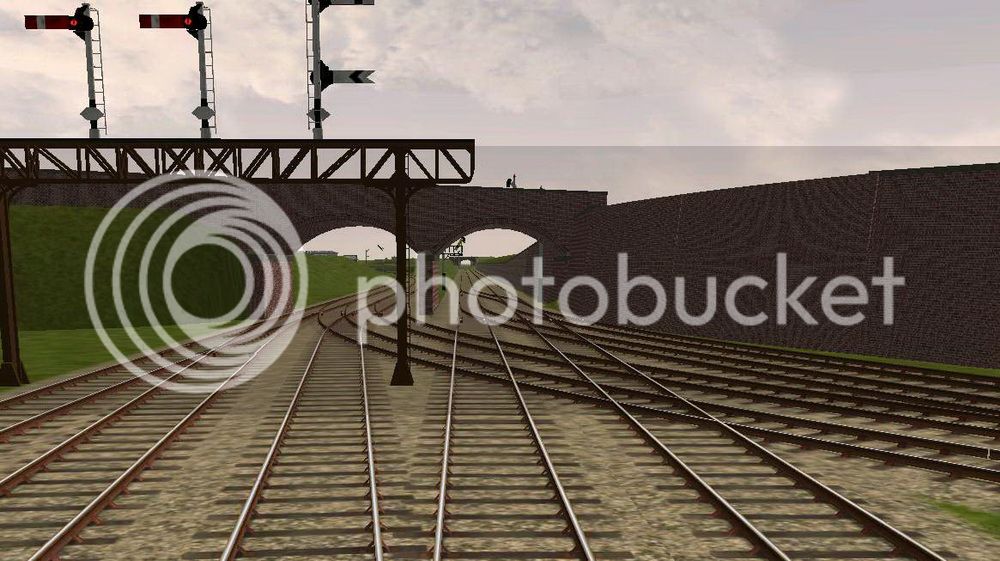 The next Junction is the Malvern Road Junction, the Track to the right goes to Cheltenham Saint James Station which terminates in the Town of Cheltenham, the Track to the left is the Honeybourne Line to Stratford upon Avon and Birmingham Snows Hill Station 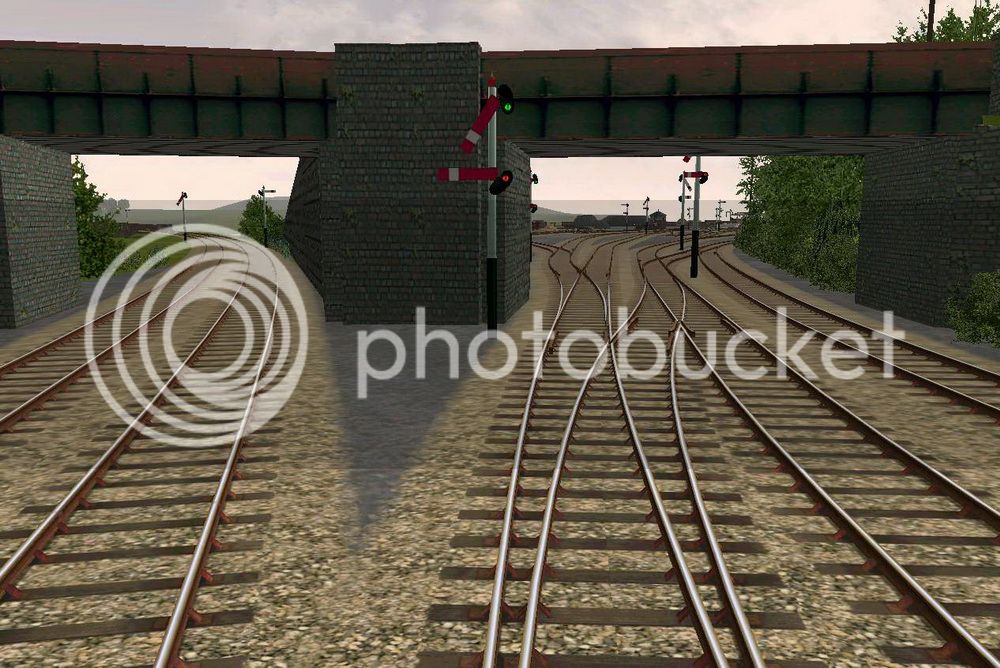 That's the lot for this one, More to follow 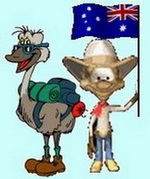 Thanks for the nice screen shot's they look really good,another route to add to my get routes list.
Who says MSTS is dead and finished,these new routes could even bring some people back from "the other sim" or whatever they call them selves now.

Yes, thanks for the screenshots Frank. Excellent work! I was interested to see Southern mentioned too.......Southern, GWR and LMS - now this should provide some brilliant activities!

Thanks Frank! This looks like it is going to be a very nice route indeed! Can't wait to see the progress on this..

Thanks for your nice compliments Guys, I shall keep you up to date as much as I can.

Danny I do have a Picture of a Southern Maunsell Engine in Malvern Road, funnily it was worked by the Western Region, I can post if wanted

I do have a Picture of a Southern Maunsell Engine in Malvern Road,

Yes please, that would be interesting to see.

That Picture and what is written under it 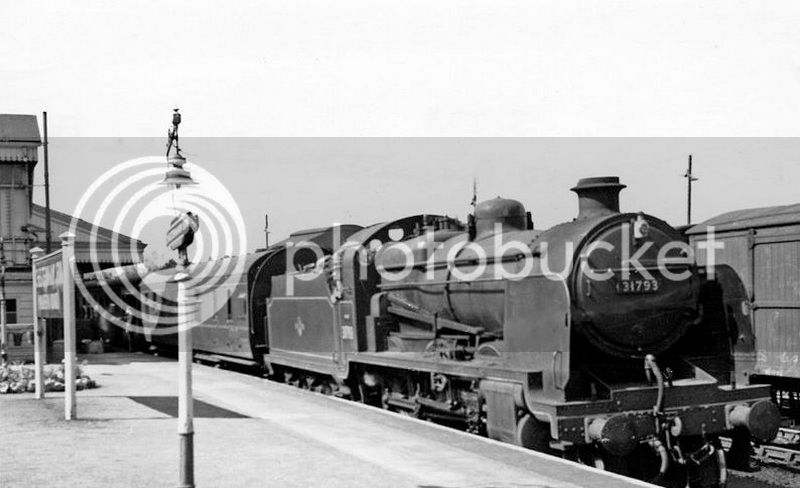 Train from Andover Junction at Cheltenham (Malvern Road).
View SW, towards Gloucester, also Swindon, Marlborough and Andover: ex-GW Gloucester etc. - Stratford-on-Avon - Birmingham line. Even after Nationalisation the former Midland & South Western Junction Railway trains terminated at the ex-Midland Lansdown station at Cheltenham. Only in the last few years before they ended from 11/9/61 were they diverted to St James' station and - to make matters even more interesting - were worked by the Western Region with SR locomotives. Here, SR Maunsell U class 2-6-0 No. 31793 (built 5/25 as K class 2-6-4T, rebuilt 6/28, withdrawn 5/64) is working the 07.50 from Andover Junction.

A few more Pictures of the Honeybourne Line

This is coming into Cheltenham Saint James Terminus Station in the Town, here we have a Turntable on the left, Coal Yards and General Sidings (not shown) and a Parcels Platform with a Goods Shed 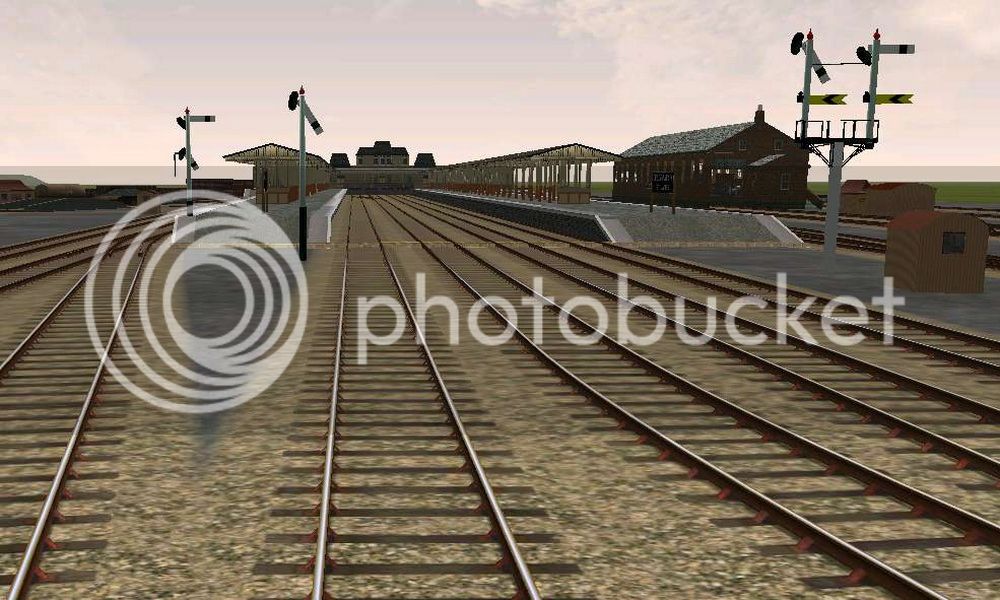 Going up the Honeybourne Line the first public station is Bishops Cleeve, this is the Cotswold Stone built Signal Box as is the Goods Shed on the left hand siding. 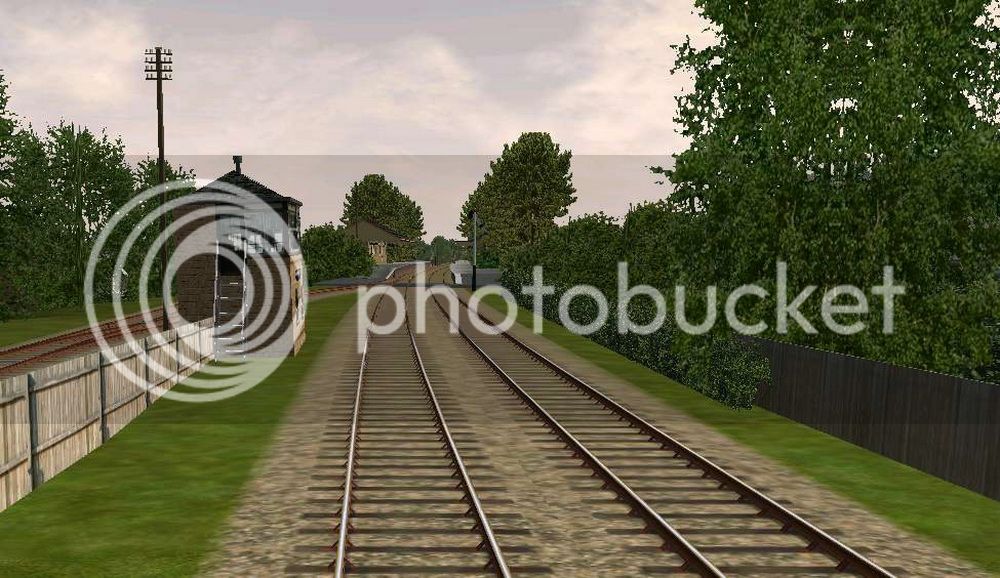 This is the standard GWR Station of Bishops Cleeve also built of Cotswold Stone, all other Stations on the Line were built in the Standard GWR Red and Black Bricks 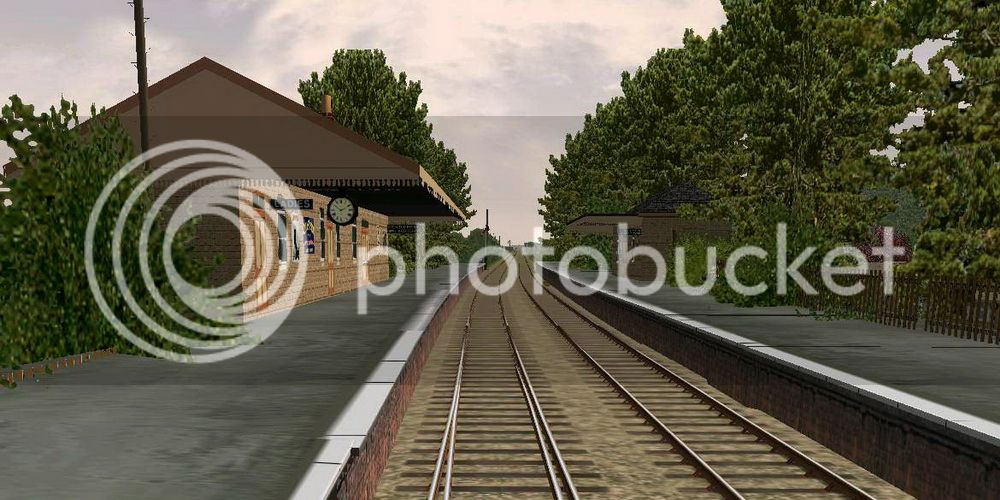 Thanks for the photo,Frank. It's interesting that Southern locos travelled on GWR routes using GWR staff, this must have been arrangement that suited both regions. It says the start was Andover Junction, I think Andover Town was a Southern station but I don't know which Region was responsible for the Junction. As there is mention of the "07.50" it seems to have been a regular service. You'll definately have some unique activities on this route!

In 1948 the route was split between the Southern and Western Regions,through passenger trains\freight trains, to and from the Midlands used the route until closure in the early 1960's.

The routes busiest time was between 1939-45 with both troop trains and freight trains,to and from the South Coast.
Mike

I am not at this moment building the route for Andover past Cheltenham South/Leckhampton, but young mpeffers from Cheltenham is.

emufarmer3 wrote:... please excuse the absence of Scenery at the moment ...

It's a lot less sparse than my version of Cheltenham atm. Slowly plodding towards Swindon via Andoversford and Cirencester although Uni exams have slowed progress to a halt for now. Does mean I've looked at a lot of reference photos of the Cheltenham area and I'm very impressed with your rendition thus far. Keep up the good work.

btw! Andover Junction was the Town Station name until it was changed to Andover

The station was opened on 3 July 1854 and was previously known as Andover Junction, as it stood at the junction of the Exeter-London line and the now-defunct Midland and South Western Junction Railway running between Cheltenham, Swindon, Andover and Southampton Terminus. Andover had a second station, Andover Town, to the south of the junction station on the line to Redbridge that was often called the Sprat and Winkle Line

I expect you know this anyway Danny being a Southern Man.

I expect you know this anyway Danny

It's interesting though. I was aware of Southern traffic going to Birmingham etc for football specials, and also LMS traffic going to Margate and Ramsgate at holiday periods, but these regular services into GWR territory are a "new one" for me. Come to think of it, I believe I've also seen mention of Southern services to and from Oxford somewhere, which seems a bit "unusual" too.

Hello everyone.
Just adding my Ha'peth worth. There indeed were two stations at Andover
It was Andover Junction that survived, It is on the Waterloo, Basingstoke, Salisbury Exeter route.

Andover Town was on the Line to Kimbridge Jn where it joined the Salisbury Romsey Route and was closed September 1964. The MSWJR route north of Andover closed in 1961, the line to the first station Ludgershall still remains open.
Andover Had a small sub shed of Eastleigh 71A and thus Andover crews worked to Cheltenham and back other services were worked by Western 43XX
Class.
This looks like yet another fantastic route for MSTS,and what a surprise as well!!!
Well done Frank.
Cheers
Andy

Hi
Southern trains to and from Oxford went via Basingstoke,Reading West Curve,Didcot,and then onto Oxford.
Southern Loco's usually came off at Oxford although some did go beyond

Thanks Mike. Where did the service start from - Bournemouth or Salisbury perhaps?

Hi
Some would have started at Southampton Town,but mostly Bournemouth West or Central.
Mike

This is the other end of my Route, This is Honeybourne Station, the Left Line is the Paddington to Worcester and Mid Wales route, the Line on the right is from Worcester to Stratford upon Avon and Cheltenham via the Honeybourne Junction,all the Freight Trains pulled onto the Junction line to receive there Bankers for the Camden Bank to Oxford, the Sheds on the left are Ministry of Foods warehouses, the Shed in the fare distance in the USA Medical Warehouses during (WW11). it had its own siding from Honeybourne. 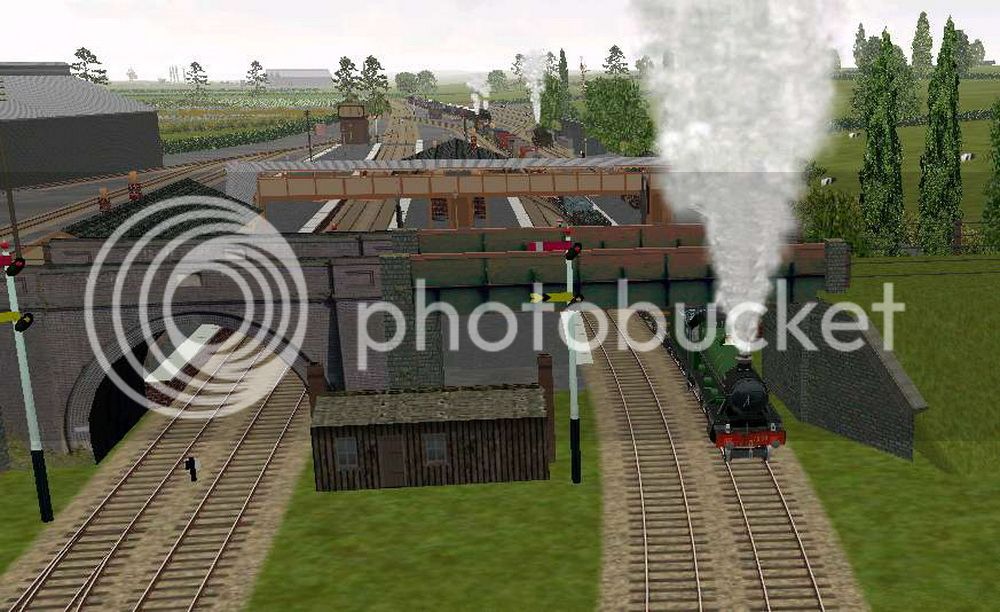 This is looking the other way towards Honeybourne Station, the Banker is a 2251, my brother said they went tender first up the bank slow because of the wet Tunnel and that coming back light and fast they would stay dry, they also had to sometimes stop at the South Loop Signal Box to supply Water and Lamp Oils. 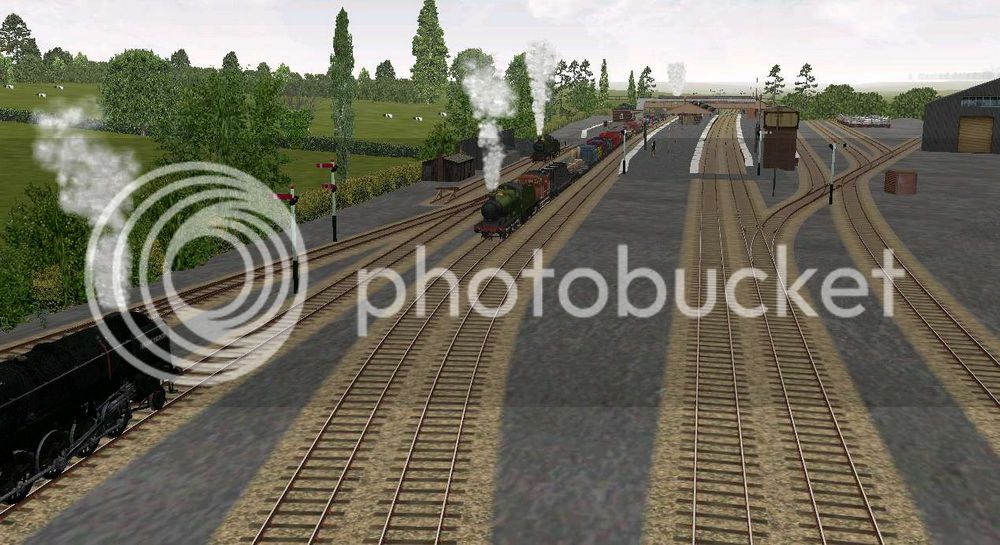 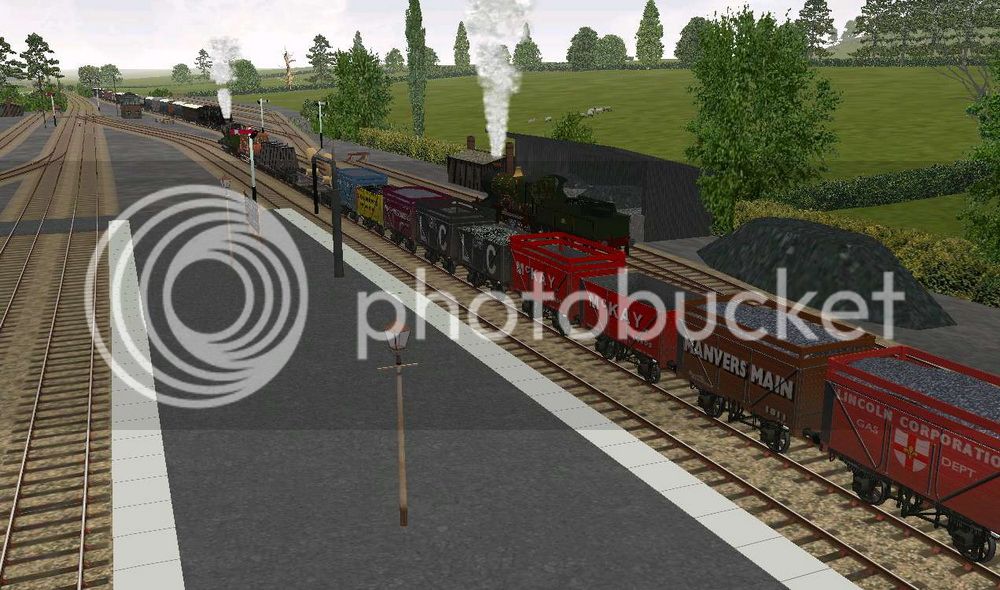 Thanks for the update Frank. It all seems to be coming along nicely. Quite atmospheric too.

It's shots like those that remind me why I love train simulation so much. Thank you for sharing them, Alec

Hi Frank
Thanks for the new screen shots of your fine route,looking forward to running a Castle on a fast passenger or one of those new fangled Westerns if it doesn't breakdown halfway up the bank.
It's also a excuse to down load Dave's new excellent WR loco's,just need some Hawksworth Coaches now,they are the only missing WR Coaches in MSTS.

No backing signals were ever done for the GWR signal kit, but I have recently created two, one is a singleton arm and the other a double arm mounted vertically, I can supply in a zip file if you let me know your current email.

Sorry about no updated Pictures of Honeybourne, but I have been flat out doing the GUI for the release of the Mideast Plus route.

I now have to ease myself into Route Building again

No problems with not doing any work on your route,and I will say you have made a good job of those GIU's for MEP+

Hello Frank,
Any news how you are getting on with the Honeybourne line,as there haven't been any updates since June.
I hope you are OK
Mike