As some of you know, my wife, Sandy, and I made a trip (pilgrimage?) to England in July.

I want to say a public “thank you” to a few people. So, at the risk of boring you, I thought I’d put together an abbreviated blog of the train-related side of our trip. (There were non-train-related sides to the trip, otherwise Sandy would not have been amused – for example, we went to see a Shakespeare play in Cambridge. Yawn.)

We spent our first week in Somerset and on 5th July met Len Renwick (crompton6566) at the West Somerset Railway in Bishops Lydeard. Len had very kindly organised a cab ride for me from Bishops Lydeard to Minehead and return.  It was an amazing experience and the highlight of my holiday.  A very special thank you to Len for organising it and to the two crews, especially Andy the fireman on the first leg, who took the time to explain what he was doing. 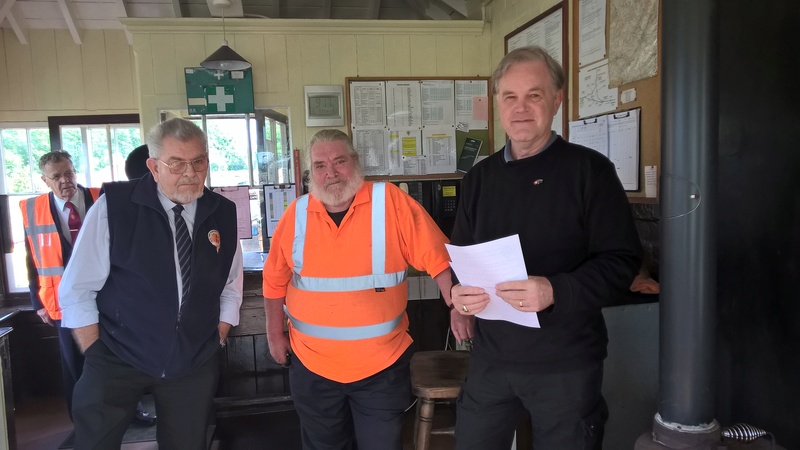 That’s Dave (?) the signalman on the left, Len in the middle and me on the right, proudly holding my cab-ride permission papers.

On 6th July we visited the East Somerset Railway and on 8th July the Swanage Railway.

On 9th July we headed north and stopped just west of Manchester to have lunch with Alec (rufuskins),  Mark (Markh5682) and Terry (terrycunliffe).  Alec has already posted a photo but here is another. 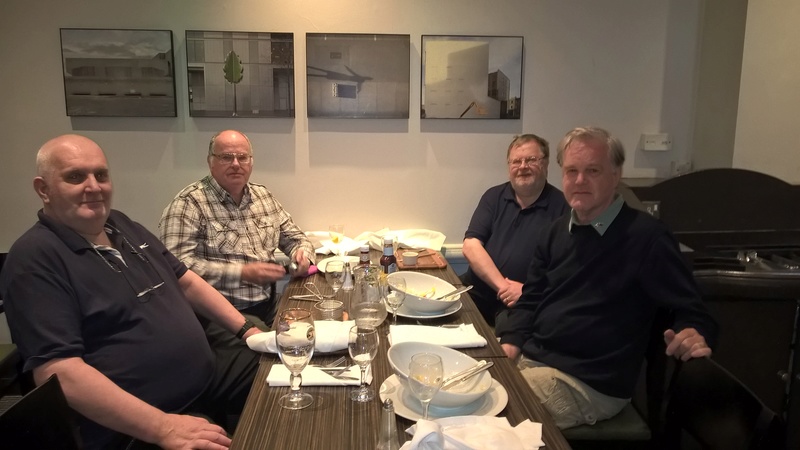 From left to right, Mark, Alec, Terry and me.

My thanks to the guys for joining us for lunch.

Up north we visited the Lakeside and Haverthwaite on the 13th July and the Ravenglass and Eskdale (The Ratty) on the 15th.

Week three saw us in Yorkshire with visits to the Embsay and Bolton Abbey Railway on the 17th, the North Yorkshire Moors Railway on the 18th, the KWVR on the 20th and the National Railway Museum in York on the 22nd.

We spent week four in Lincolnshire with visits to the Great Central at Loughborough on the 24th and the Nene Valley on the 28th.  On the 26th we were fortunate to be able to meet with Ged Saunders (slipperman12) for lunch in Worksop.  My thanks to Ged for joining us for lunch. 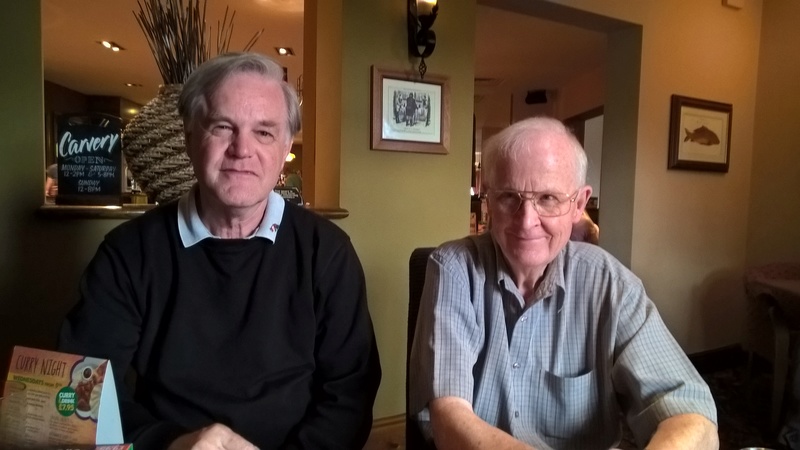 For our last train-related event before starting the long trek home, we spent the 31st visiting the major tourist spots in London by travelling around on the Tube.

If you’re still awake and would like to see some photos that I took of the locos involved in our trips, let me know.

P.S. My thanks to Alec for providing me with step-by-step instructions on how to include the photos in my post.  If they don't appear, it's Alec's fault. :-)

I'm wondering whether you'll need a holiday after all that travelling! You certainly got about, and as I said in another post that you were able to actually meet fellow simmers was great.

Yes, meeting the fellow simmers was a highlight of the trip.

I always think that if I'm exhausted when I get home I must have had a good holiday. That was certainly true of this trip. We did 2,700 miles in the rental car and did a lot of non-train-related things too.

Here are photos of the locos involved in our journeys. 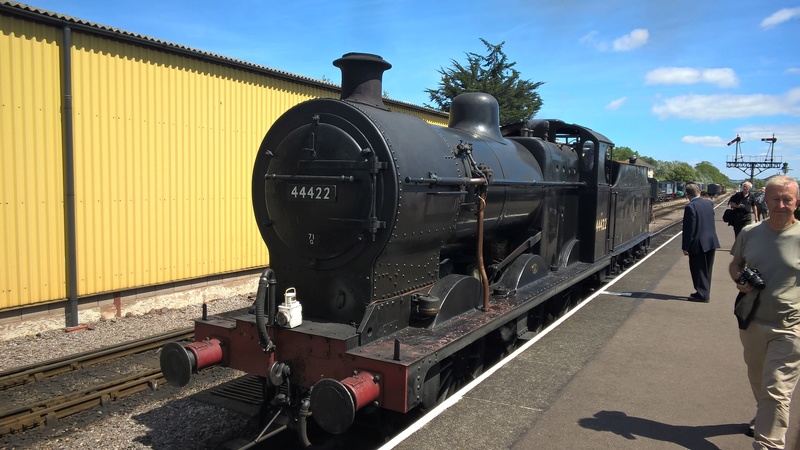 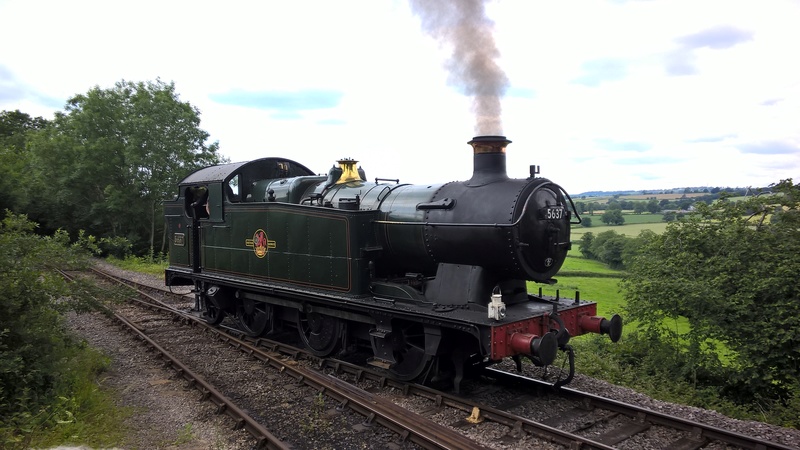 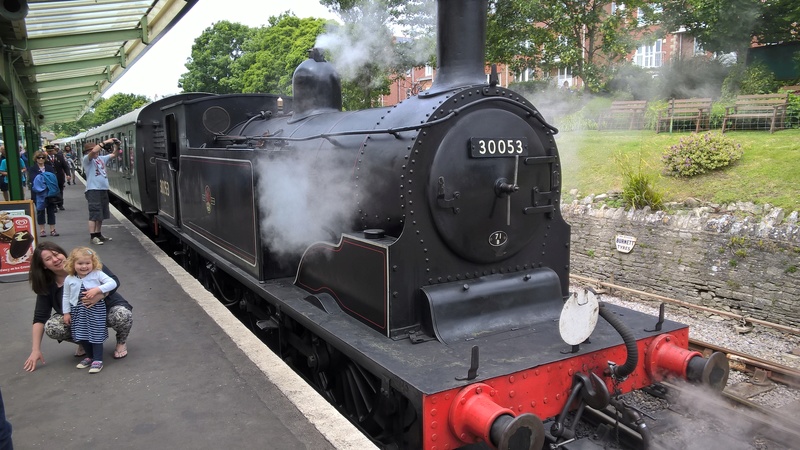 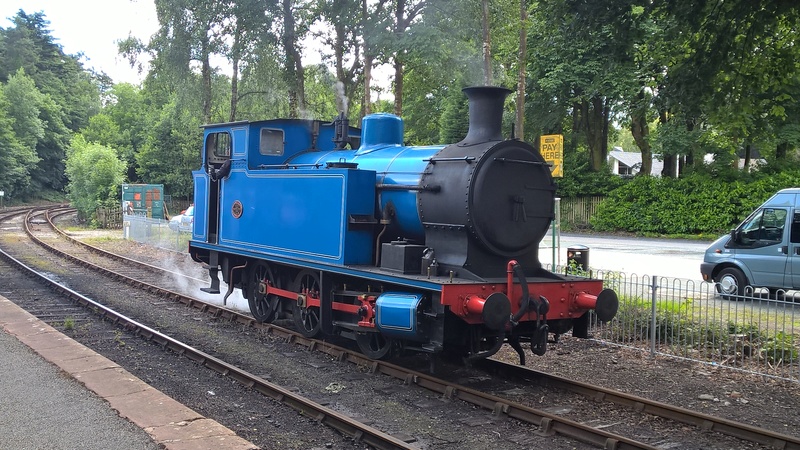 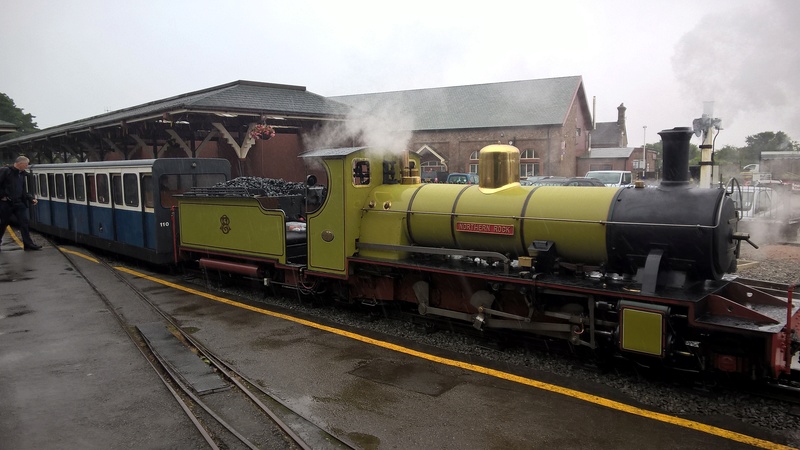 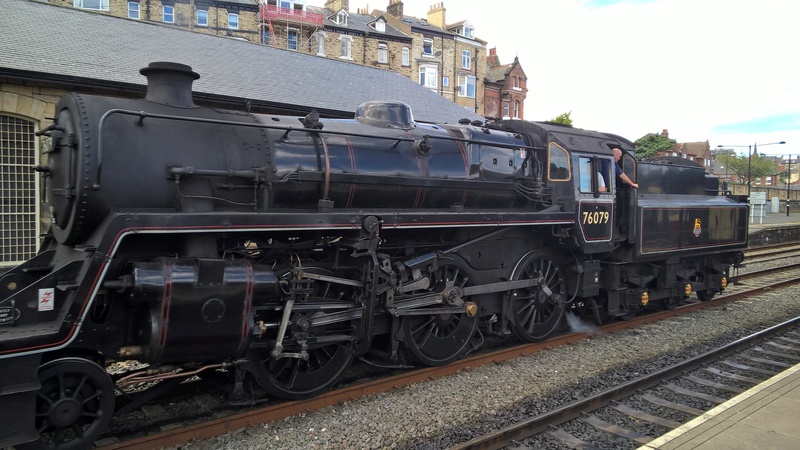 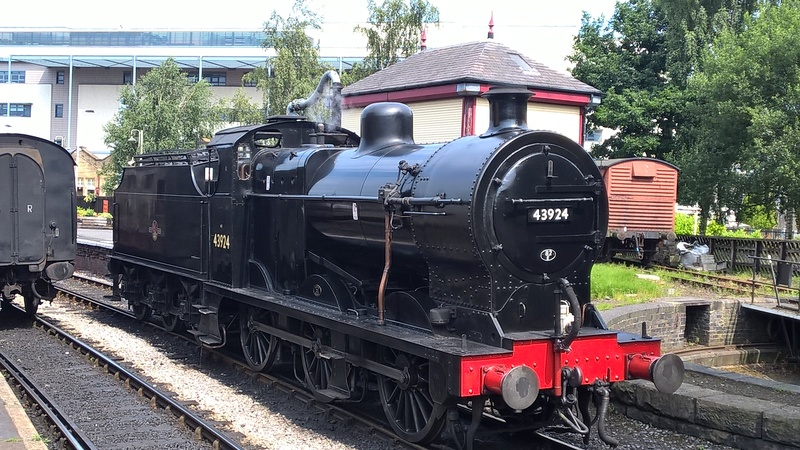 NRM, York (Didn't actually ride behind this one.) 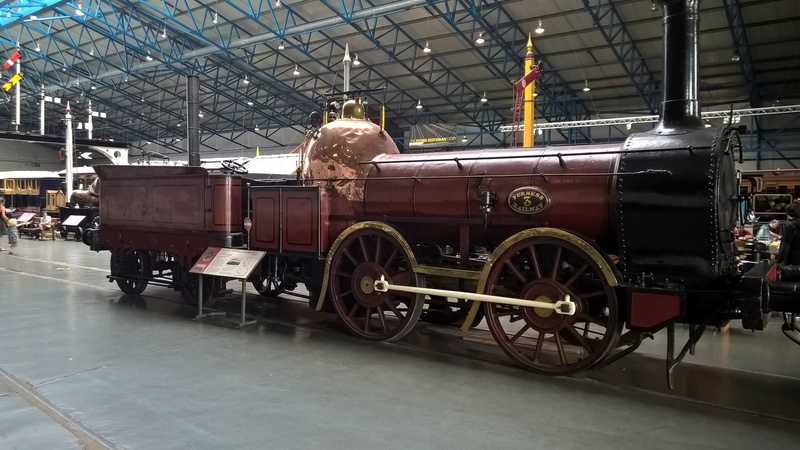 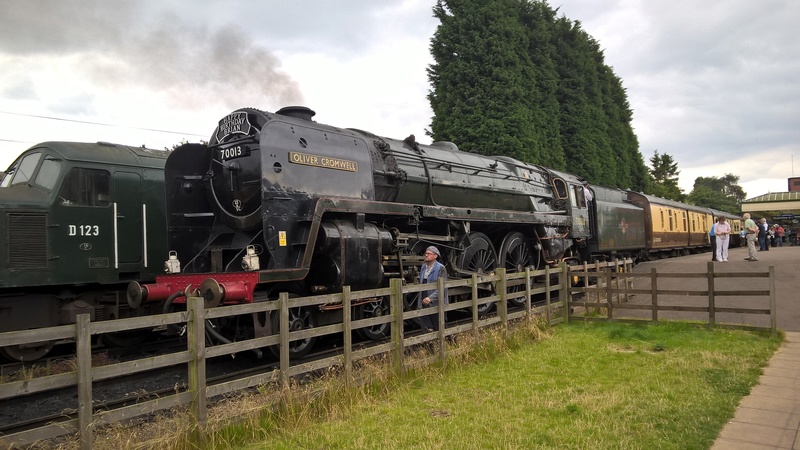 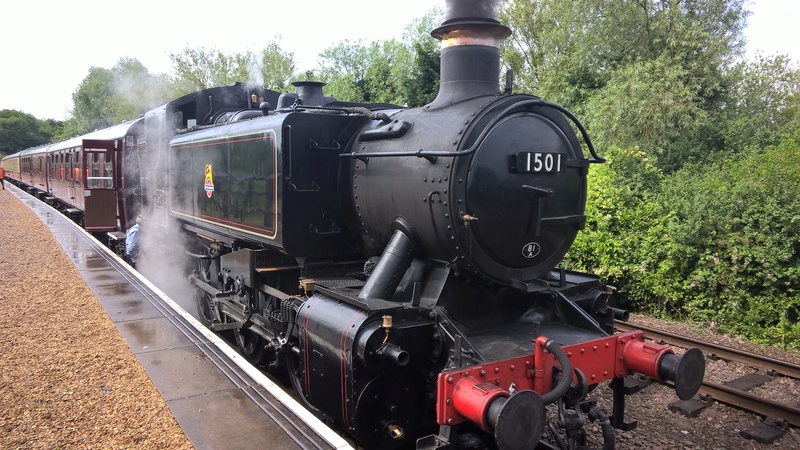 It looks like you had a great time. It's nice to see Keighley (I'm a member of the KWVR) and that must have been one of the early runs of Oliver Cromwell at the GCR after the overhaul. It's great that you met up with the others. I met up with Ged last year too as I've got family in Worksop. By any chance is that the Lock Keeper that you were frequenting?

Hi Stephen,
It was, indeed, the Lock Keeper - a very decent place for a meal

I enjoyed our meeting for lunch (many thanks for that) I'm glad you and Sandy enjoyed your visit and managed to see so much whilst here.

It's always good to meet up with fellow simmers and put a face to a name, it was also nice to meet Terry who I had never met before either, and thanks to Alec without whom my attendance would not have been possible.

All the best and hope you both have many happy memories of your time here.

What fantastic stories! A shame I live so far away from you all! I've never seen a picture of Ged before, so definitely lovely to put a face to the name!

Glad to hear you all had a lovely time! Even it did mean you clocked up a lot of miles! But definitely sounds like it was worth it!

Similar topics
» Whats going to happen to Muxxu in about 3 weeks.
» Pirate ship and crop circles
» Where in England should we attack?
» Daily Pop Quiz