Hello Everybody, My name is Dennis and I have been a fan of MSTS since the day it was released. For a few years I used it, downloaded as much material as I could, and still do. After a time I decided to build my own route based on the OLDHAM LOOP. Due to commitments it was put on hold for a few years. When I retired I picked it up again but decided my early modelling efforts were c!!!. So I rebuilt most of the Trackwork and started on the scenery and buildings, and have become reasonably proficient with TS MODELER, apart from my current problem. I have amassed too much material to even consider changing to another simulator. so I am stuck with MSTS  and TS MODELERS moody moments, and I do get a few. I was a Cabinet Maker by trade, and spent Twenty years as a Professional Modelmaker, I also had a Model Railway Layout until MSTS replaced it. Due to my background I have a tendancy to build models for MSTS as they would be built in real life, too much detail and sky high poly counts. But I am taking pills for it and they seem to be curing me. Although you probably dont know me I recognise some of your names and am familiar with your work. Maybe one day I will upload some of my work. That's enough from me. I feel another model coming on. 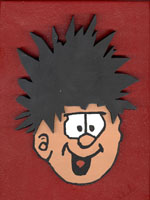 Welcome to TSSH where I hope you'll feel welcome. Based on your post we look forward to hearing about all of your efforts, and perhaps upload a screenshot or two. I thought about trying my hand at route modelling basing it upon Rochdale circa 1920s. Would it be too much to imagine you live in the area of the Oldham Loop, as I do? There are sections in the MSTS general area for route building as well as stock building. MSTS might give be perverse but you can't help love it!

Hi Dennis, welcome to the forum.

there is a program called polymaster which will reduce the poly counts in your models, several members here have used it and know a lot more about it than I do, so maybe they could advise you on its use, if you haven't used it already.

Welcome to the Forum Dennis!

We're all a very helpful and friendly bunch over here! If there is anything that you need or something you are not sure off by all means shout!

Great to hear of another Route in progress! Look forward to seeing some sreenshots at some point.

Similar topics
» Whats your fantage level non and/or member
» ...INVITATION TO BE A MEMBER OF MY SECRET TEAM...
» How many Mybrute Members
» New member!
» ToonTown!