rufuskins wrote:................... and seeing stock in the sidings - including the odd wagon from my own uploads - really does add to the experience when exploring the route.

The stock you are seeing in sidings comes from two methods - some are placed as static scenery stock in the route itself and are always in that siding no matter which activity you run, others are from 'loose consists' placed as part of the activity (which is where you are probably seeing some of your own wagons), and these can be varied from activity to activity. This means that whatever you run, the lineside stock will always be a mix of static 'fixed' stock and variable 'loose consists', so every activity should display a different combination.

I got to thinking - Huddersfield was expanded to link up the LYR main line across the Pennines - part Manchester to Summit Tunnel in one route and Winterbutlee Tunnel to Wakefield in the other route i.e a run spread across two adjoining routes.

I have laid markers and track from Miles Platting to Diggle and Standedge Tunnel, and am proceeding quite nicely.

Once I have the FINAL Heartland out, then it is easy to do the Heartland LMS 1930's. 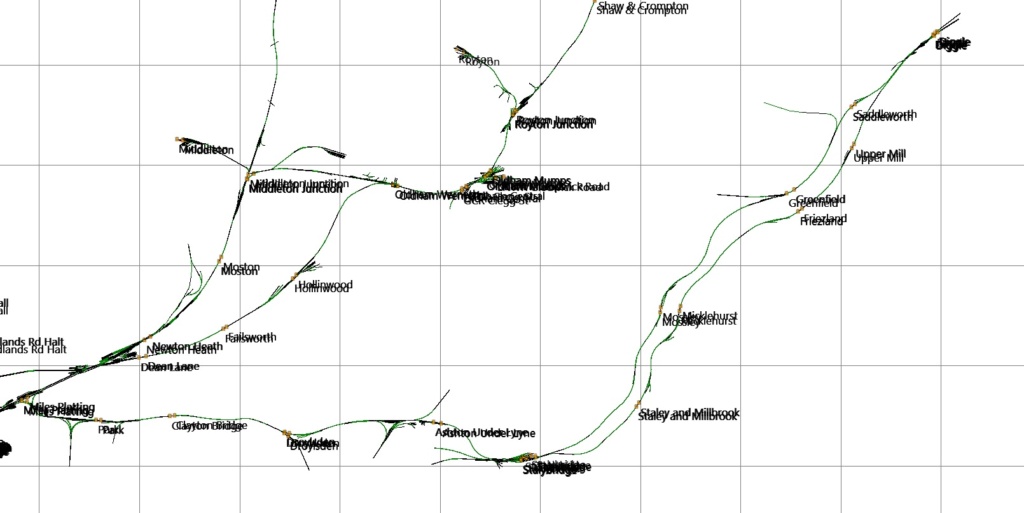