Before anyone asks, let me say what you are about to see doesn't mean there will definitely be a V5 -- events a while back mean I just don't seem to have the enthusiasm or the time I used to. I can spend a week of evenings working on an area only then to not touch the route again for the next 2 months.

I just want to show what has been done.

I always said that if I did V5 I'd want to finish off one of the lines that I'd extended in V4. The East Kilbride line was the one I chose as during 2015 I spent a bit of time going up and down that line, came home and decided the gradients would be a good challenge. 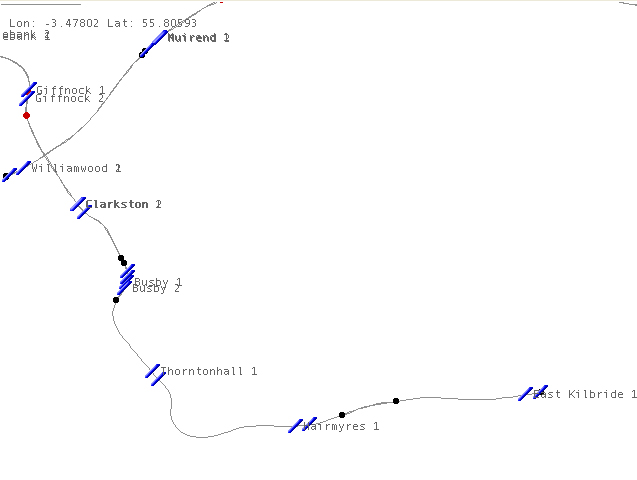 Giffnock was in V4 and you can also see I added in Williamwood and Muirend on the Neilston line.

So then, what's been done? 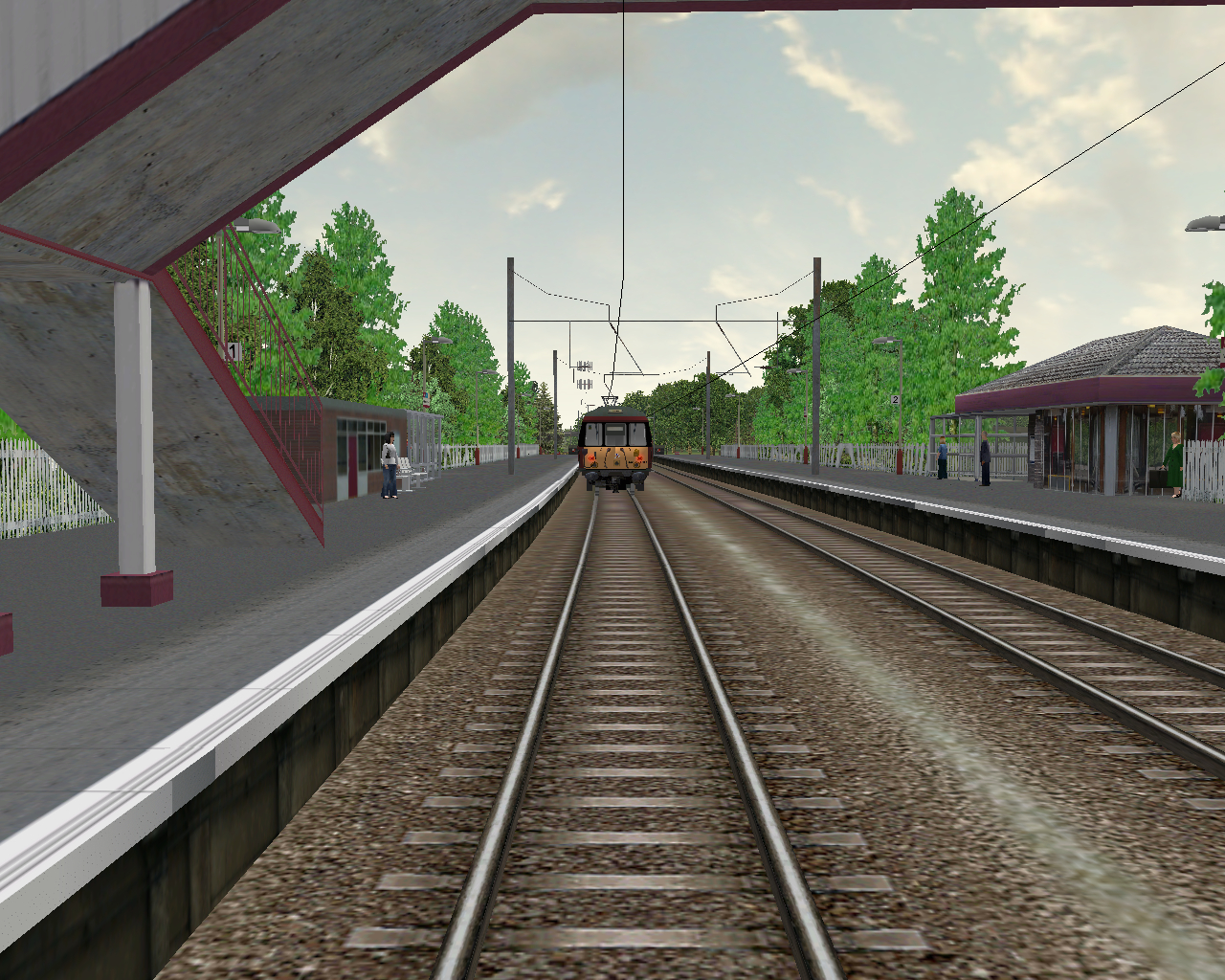 Williamwood station. No custom stations in this route so I'm tried to do best I can with what I have. 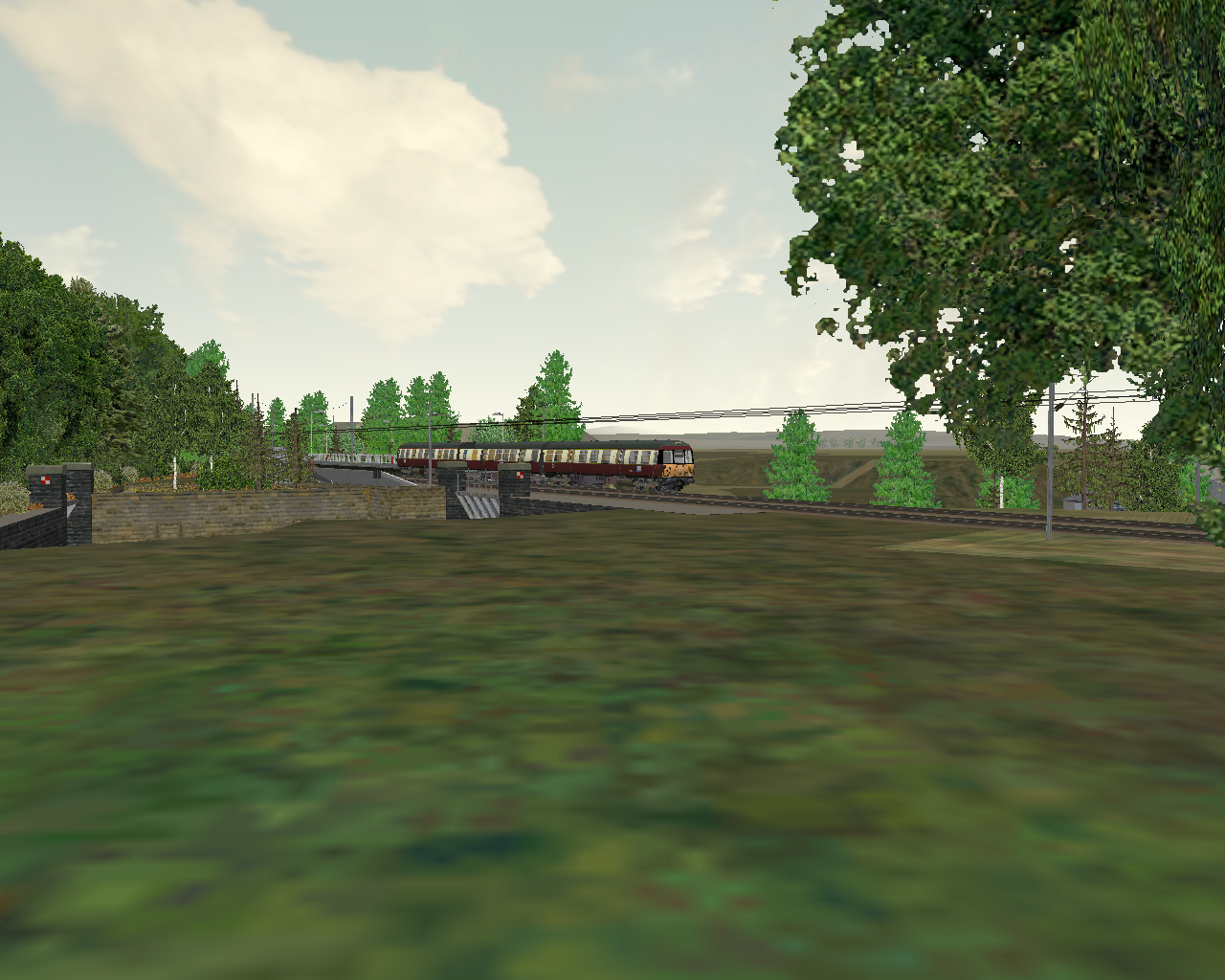 Leaving Williamwood for Glasgow. As you can see, very little scenery around the station. 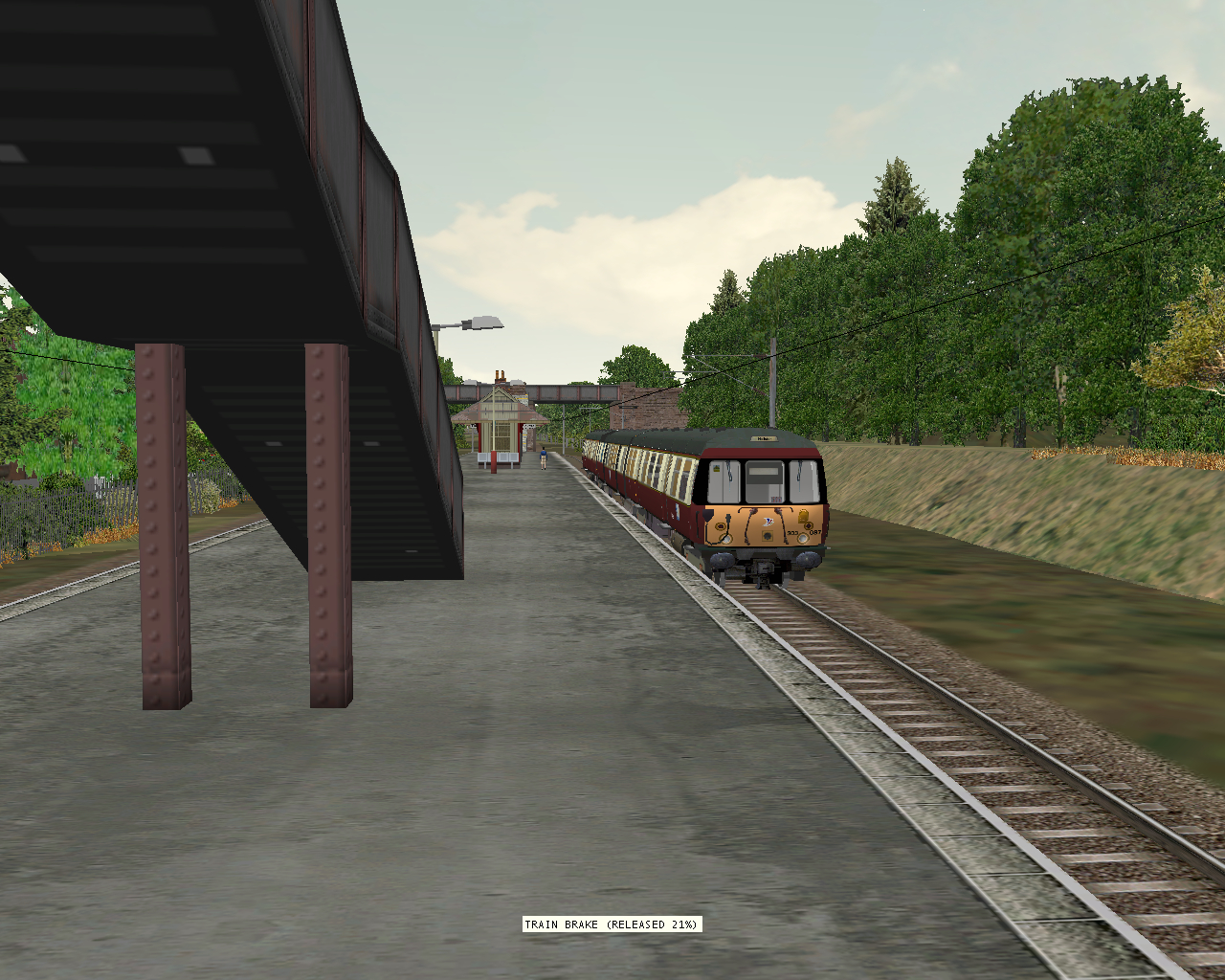 Muirend. I tried so hard to re-create a slight curve on the up line but it didn't work. This tile was a nightmare to do as part of it is on the already densely-population Cathcart Circle but I think I did ok. 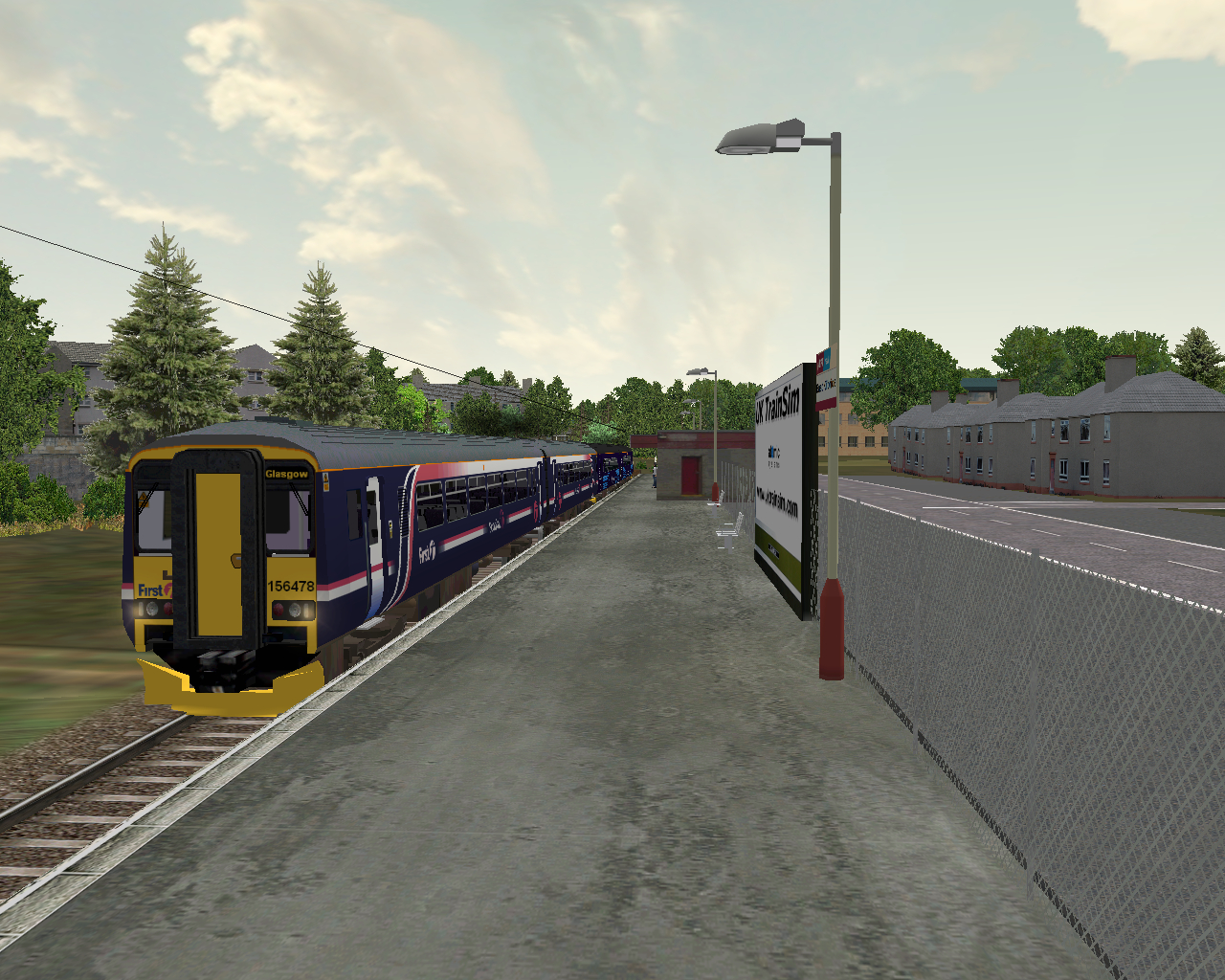 East Kilbride. Scenery extends about 1/2 mile from the station.

So, that's it. If you look at the map, from where the EK line crosses over the Neilston line, the scenery is done from there all the way up past Muirend to the junction at Cathcart. As well as the small bit at East Kilbride, the scenery from Giffnock station to where it crosses the Neilston line has been added.

When I was last in RE, I was trying to recreate something that looked a little like Clarkston station but wasn't having any joy. Next time I get the urge, finishing off that station and working back towards Williamwood will be the goal. If I do it, I'll post it.

In my opinion the way you are working is the best, because we should never feel that the train simulation work we do becomes a chore!

As I would expect, your work continues to be of the highest standard, and I congratulate you.

To paraphrase some song lyrics:-

PS Would anyone care to guess which song and who released it and when?

Hi Niall, can I add my thanks to you for creating such an excellent Route i.e V4, I've looked at the route
you are planning and I see that after Williamwood the track goes to WhiteCraigs, Patterton and Neilston.
On Streetmap shows this branch goes quite a way out of Glasgow and through quite a lot of rural landscape
with plenty of water around, the other track from Giffnock to East Kilbride, I see you are covering and
so even this branch will take time to complete.
Who says MSTS is dead when there are plenty of new Routes in the creation stage and after trying to follow
the Route Building Guide by Michael Vone, I realised how big a job it is to get started and admire people
like yourself who have learnt the skill to do it.

I too follow you're same sentiments. I'm so busy at the moment anyway with work. And only if I have nothing else on do I go back and do a little bit of modelling work on my Route. As it stands, I do need to go down to the Midhants at some point to take some photos of buildings etc that I can't seem to get hold of.

This looks very good and I look forward to the finished version whenever that may be.

Break now for work, but when I return I'll begin the process of working back towards Williamwood with the trackside scenery. 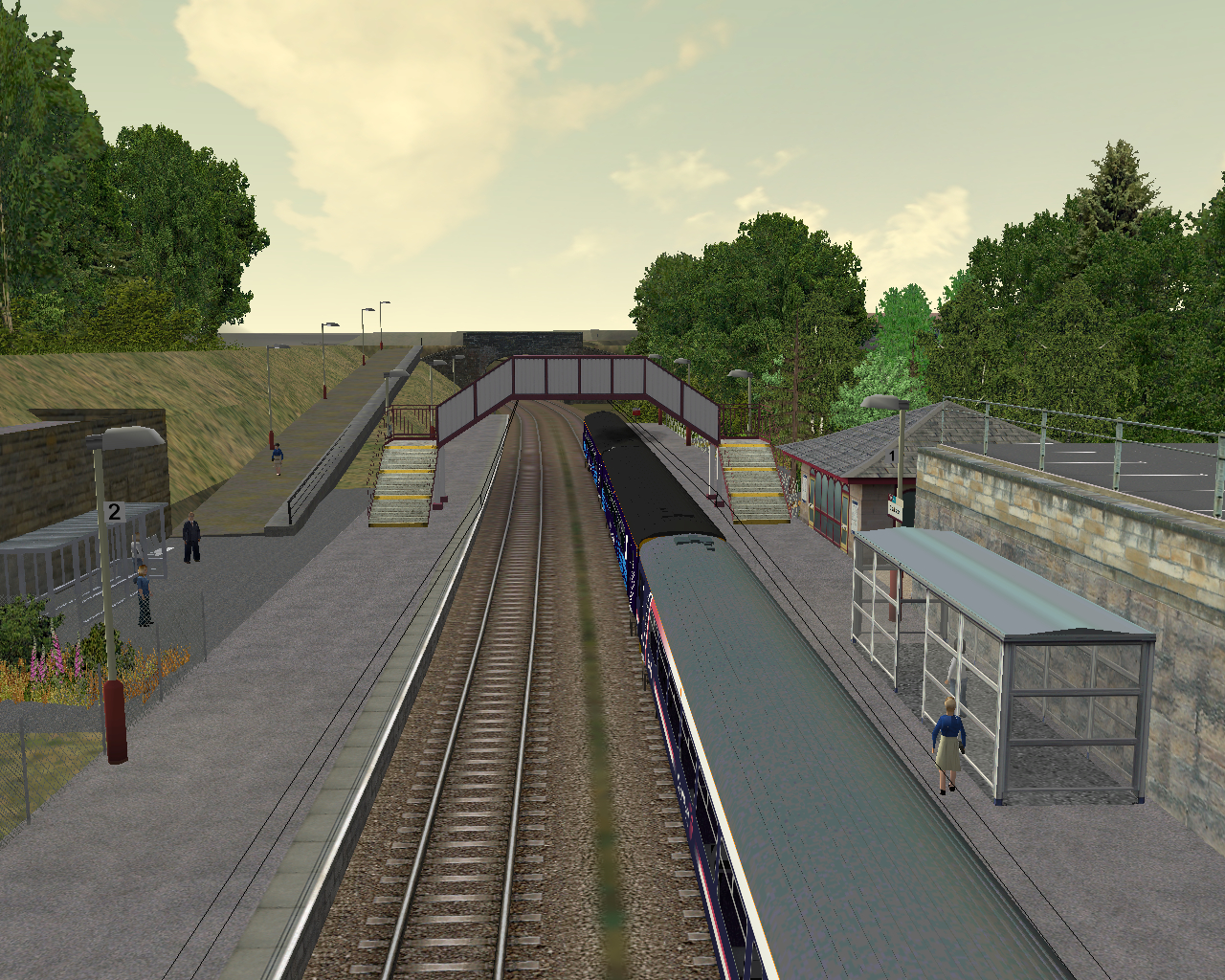 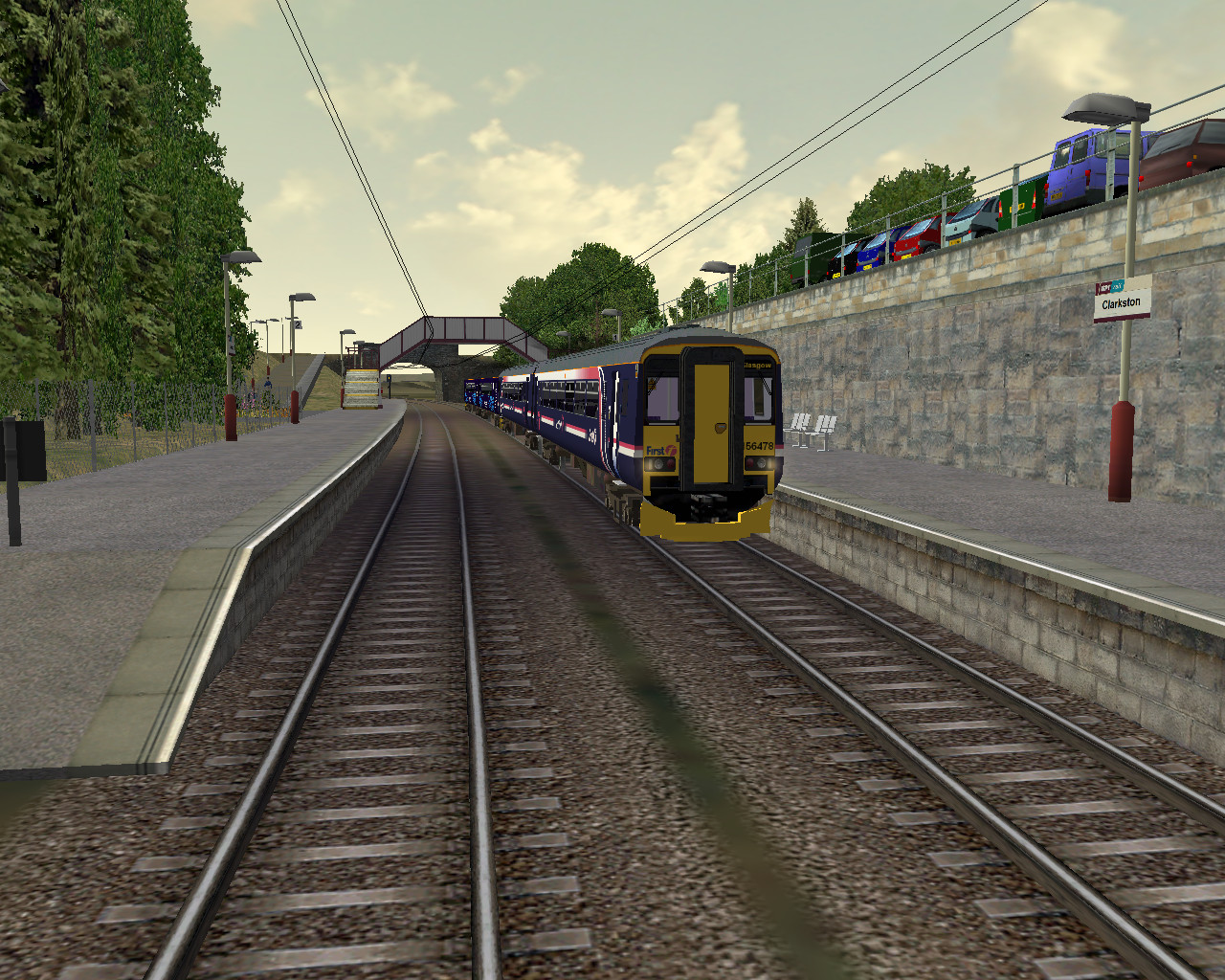 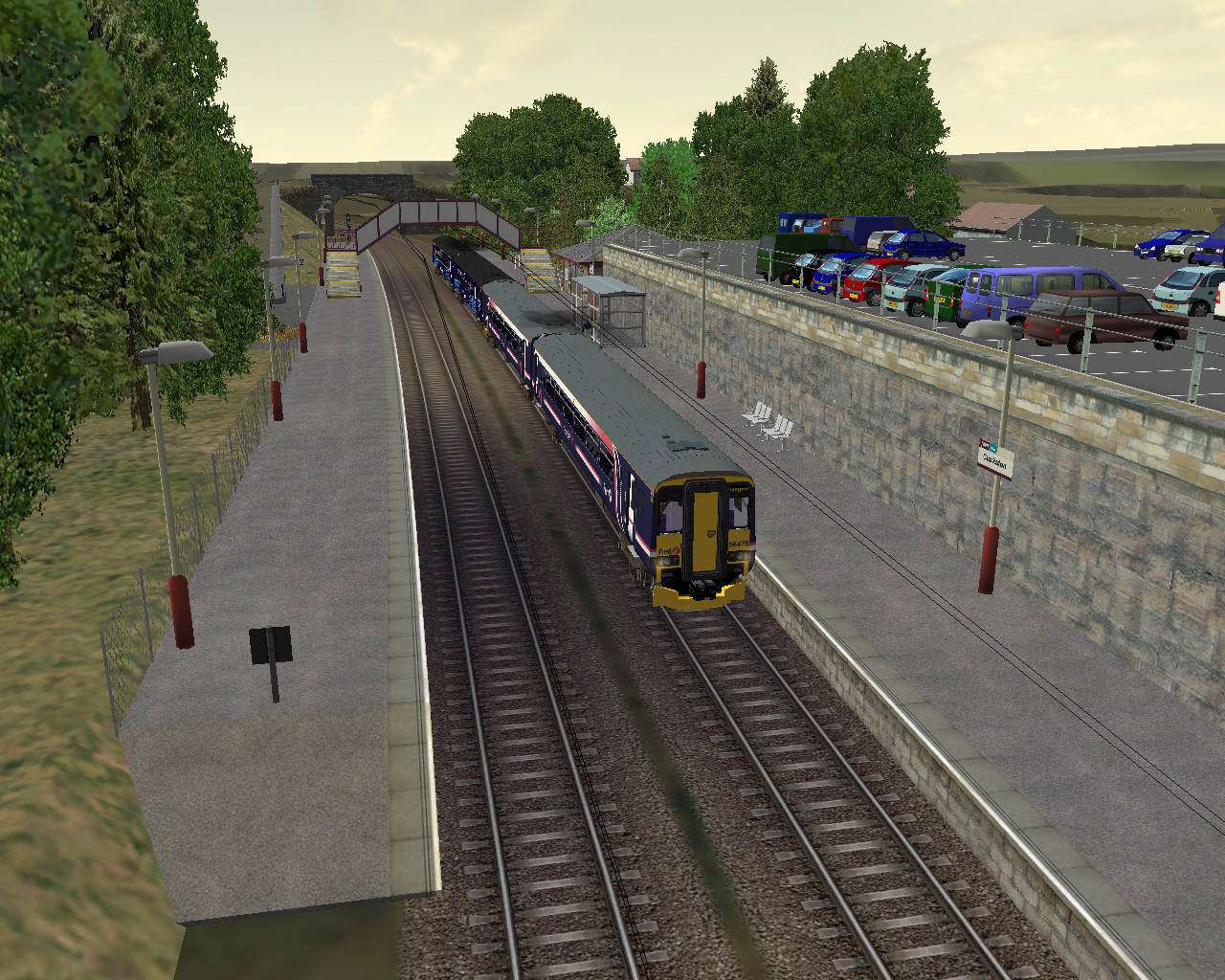