In January 2016 TSSH will be three years old and continues to provide a forum in which we can concentrate on MSTS. Add to this an alternative means of uploading/downloading and the future of TSSH looks set for a positive outlook.

In terms of facts there are 172 members and between us we have left nearly 14000 messages, although only 80 members have so far actually posted, but it is to be hoped that many of the others will have found the various areas to be of use. Of these a few members appear to have joined after presumably perusing the site, but for some reason have then never directly visited again other than as guests!

We continue to offer something that is complimentary to UKTS, but at the same time is sufficiently different to make it a worthwhile experience. One of the successful ideas was to generate the Route Directory, which it is hoped has helped people either to decide to start using MSTS or starting to use MSTS again. The viewing figures certainly suggest a keen interest in MSTS. The Helpful Facts and Links areas were meant to put together in a single location comments, problems and solutions for MSTS. This area has been quiescent of late, but is an an area that could be added to – I have several ideas and potential subjects but somehow not made the time.

Lately many of us have been trying to come to terms with Microsoft's latest Windows operating system, which has received significant diametrically opposed reviews. Currently I'm not a great fan but perhaps time will improve my opinion. I have always baulked at attempts to force something on me, as I am a great believer in being responsible for my own actions, etc. However as I understand it MSTS can be used on computers operating Windows 10, although several hoops have to be jumped through. Details of these can be found both here on TSSH and on other forums.

We have been lucky this year in so far as the generosity of fellow simmers has allowed us to use their routes, namely Woodhead, NWE, Thames-Trent and very soon South East Steam. On a personal level I am extremely grateful. In addition we have also benefitted from the additional activity uploads, as well as an alternative APK extractor. It would appear that several other routes might become available in 2016, so MSTS is still a viable train simulator.

Of course Open Rails seems to be progressing well and there is now a Stable Version 1.0, although the lack of a route editor, etc. is still considered a slight drawback.

On a personal level I will continue to work on LNWR and LYR stock even though the lack of relevant routes in terms of age and infrastructure is somewhat limiting. I will of course adopt my philosophy of compromise and run them on routes without overhead wires. Mind you much of my pleasure is derived from the creation of these, together with the research, etc.

I look forward to 2016 with a mixture of pleasure and trepidation as many changes may occur both in the area of computers and train simulation, as well as in the country as a whole.

A very statesmanlike summary of the situation. I too look forward to next year, especially to the South East route. Roderic

There are still some good things to look forward to next year, including the LNWR and LYR stock mentioned above. 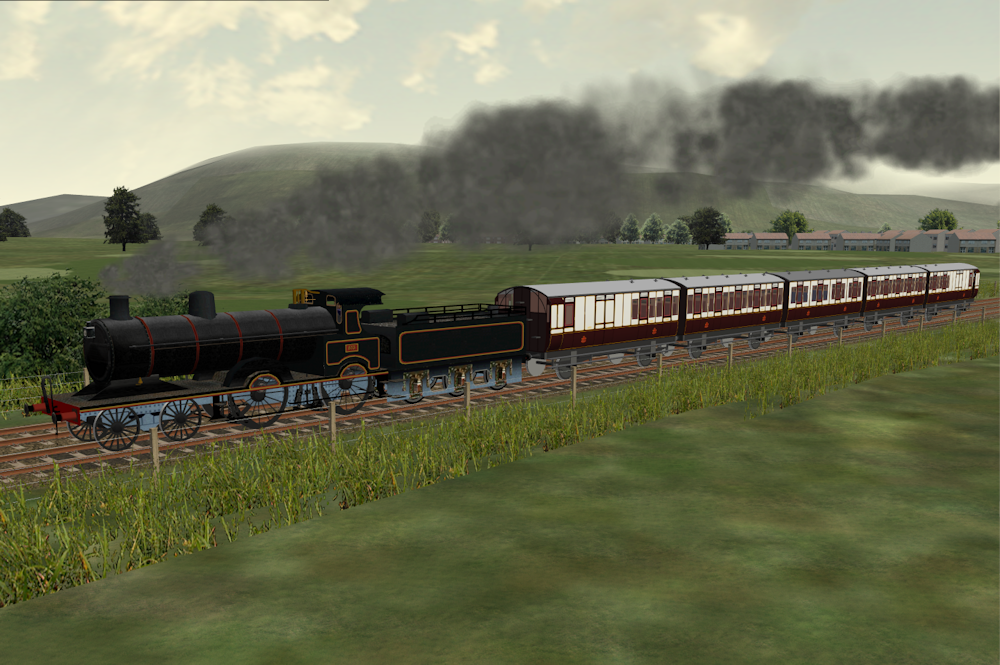