This is another part in the series of posts that are meant to give a simple history of MSTS, point people to the various links considered vital to maximising the performance, describe elements within the MSTS hierarchy as well as allowing an understanding of the various components that make up MSTS.

In this part I will attempt to describe how the CabView is defined, as well as the HeadOut line that often accompanies the CabView.

As an alternative the first line can be used to direct the engine file to the CabView folder located in the Common.Cab folder; e.g.

The CabView is the opening view when starting either an activity, or exploring a route, and is defined by the .cvf file; e.g. 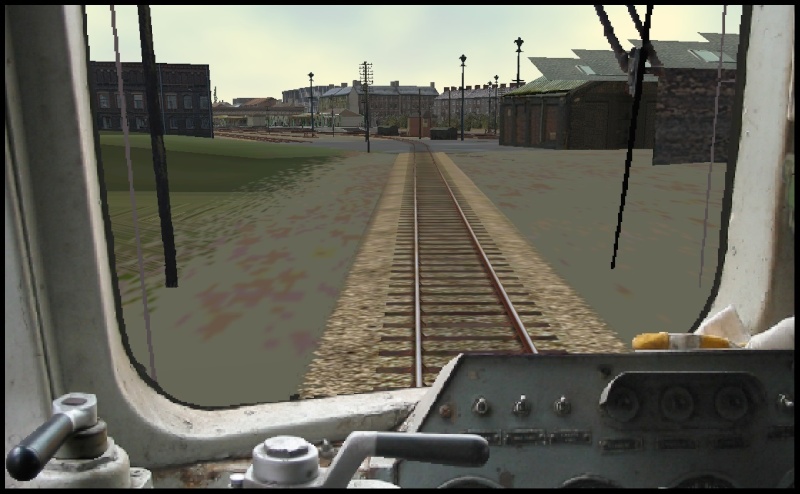 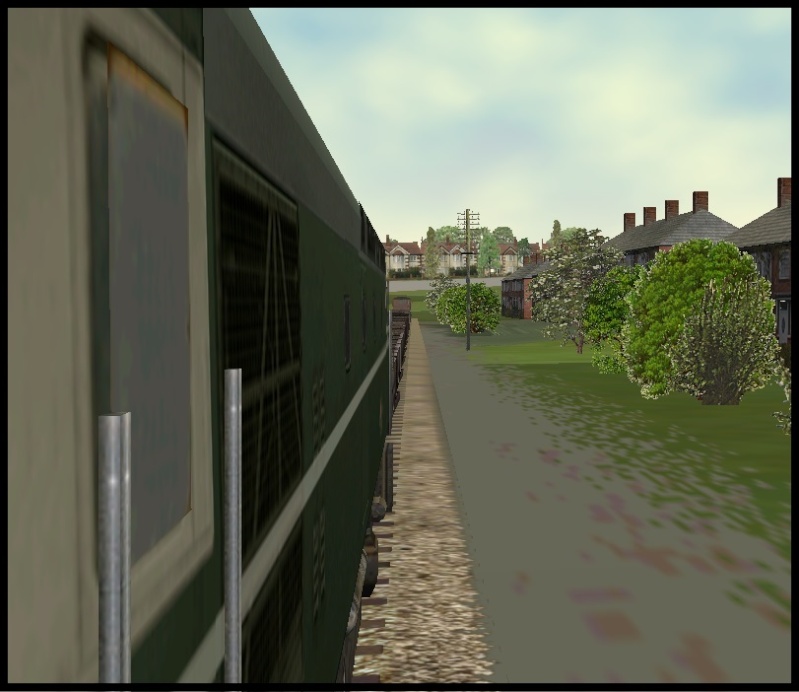 In Figures 1 and 2 above, the first line tells the engine file to look for the CabView (cvf) file in the CabView folder within either the locomotive or Common.Cab folder; e.g. 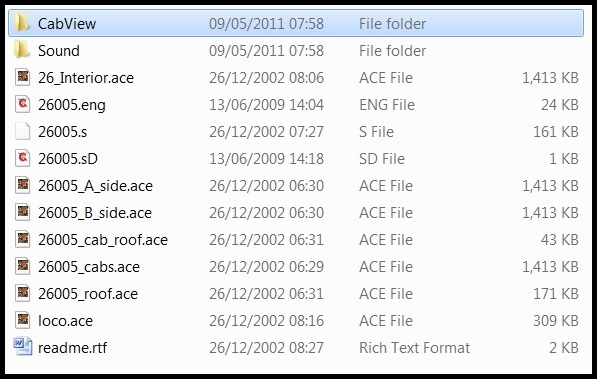 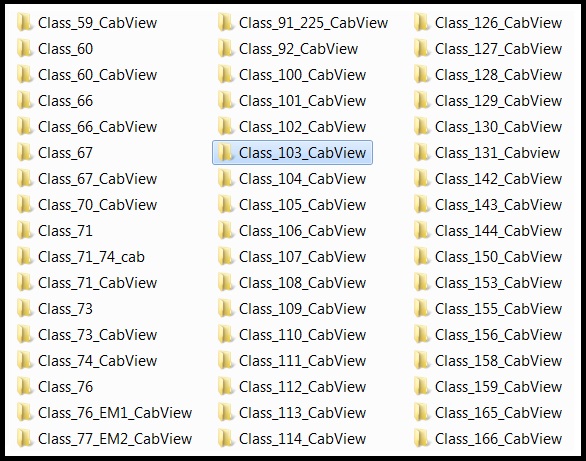 The contents of the CabView folder define the cab view; e.g. 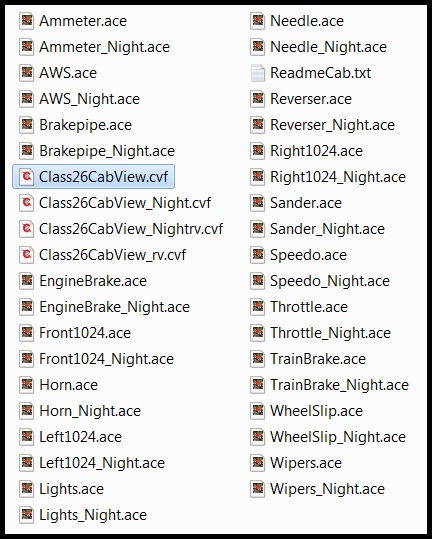 The following figure shows part of a .cvf file:- 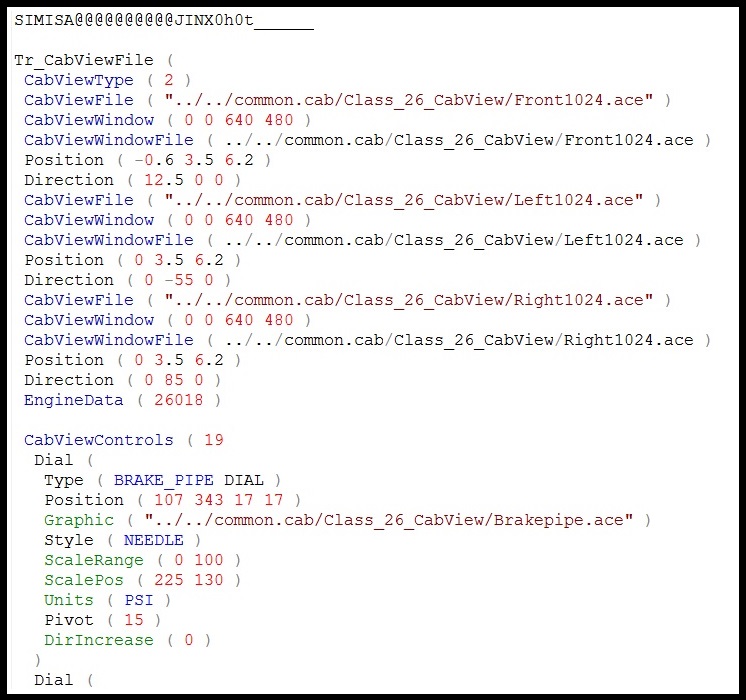 The CabView can be entered by pressing key [1] during driving and by default looks forward. It is possible to look left and right by pressing keys [[Left Arrow]] and [[Right Arrow]] respectively.

A CabView folder can be a significant size – the one above for the Class 26 is 6.66Mb – and therefore it can be seen that when there is more than one of the same locomotive, then using a common cab folder cab save a lot of disc space. Ten (10) Class 26 locomotives would require 66.6Mb of disc space for individual CabView folders as compared to the single folder of 6.66Mb located within the Common.Cab folder.

A simple MS VB2005 program to create rear cab _rv.cvf files for the MSTSbin patch can be found here.

The actual creation of the CabView is not included in this HFL part, as it has been addressed elsewhere. However the Cab Editor can be entered from the Train Simulator Editors & Tools shortcut; i.e. 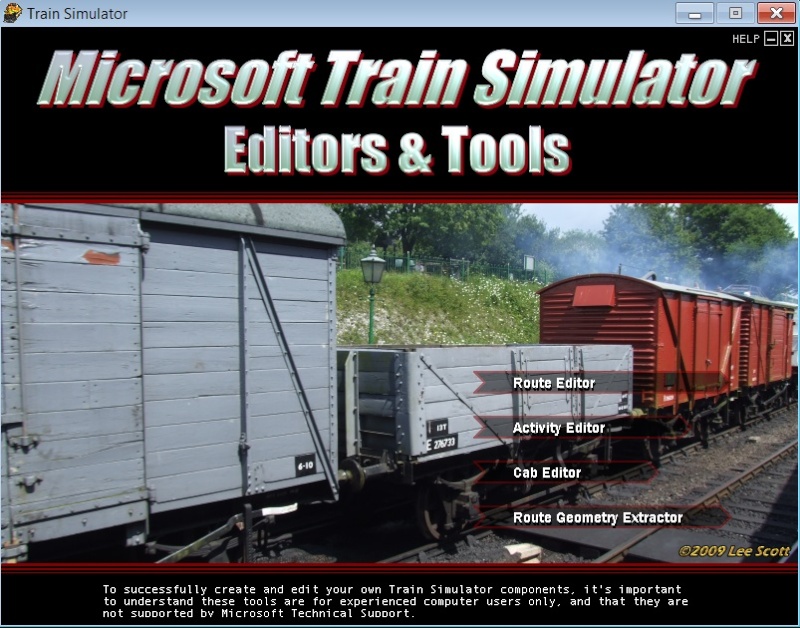 There is a section on the Cab(View) Editor in the Technical Documents supplied on the MSTS discs.

Located within UKTS there is a tutorial on the CabView Editor located here.

There are also two tutorials on CabViews located on Steam4me here, including the one above.

In Figures 1 and 2 above, the HeadOut line within an engine file represents the offset of the camera from the Centre of Origin of the shape for a view as if you had stuck your head out of the cab. It is given as a series of offsets in metres along the x, y and z axes. It defines the position outside of the cab from which you can look forward, backwards or sideways. Typically this view is on the left hand side; i.e. the x offset is a negative value. A view to the right hand side of the cab has a positive value of x. A simple diagram illustrates this as shown in Figure 10 below. 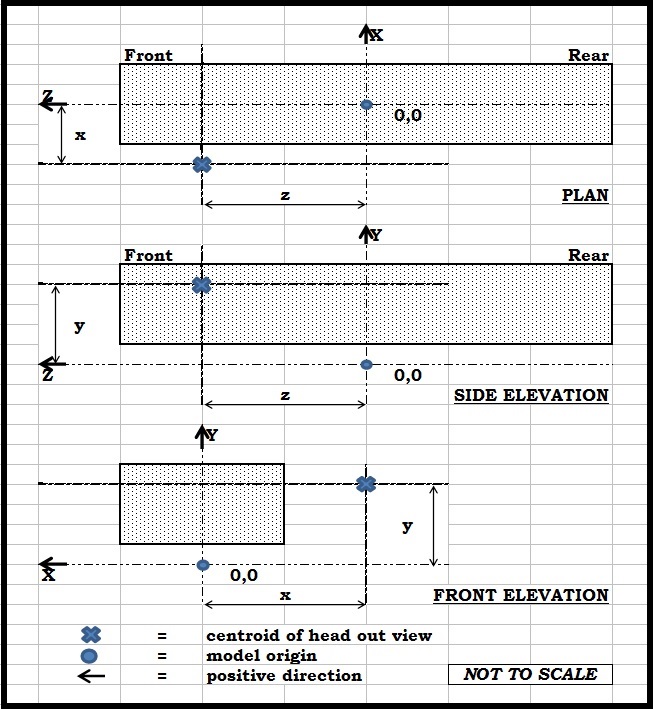 The keys controlling the HeadOut view are noted above; i.e. for a HeadOut view to the left of the cab when looking forward [Down Arrow] looks to the front and[Up Arrow] to the rear. You can rotate your view from front to rear by pressing [[Left Arrow]] and from rear to front by pressing [[Right Arrow]]. To return to the cab you can press [1].

It should be pointed out that when the HeadOut view is to the right of the cab then the viewing controls are reversed; i.e. [Down Arrow] looks to the rear and[Up Arrow] to the front. Of course there is nothing to stop a loco having a left side driving position but a right hand side HeadOut setting, and vice versa.

I am extremely grateful for the additional input and checking from Ged (Slipperman12) and a final review by Justin.